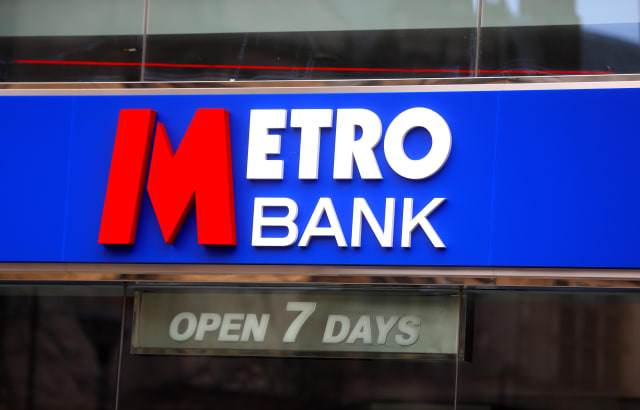 Metro Bank has confirmed it is in talks to buy peer-to-peer lender RateSetter for an undisclosed fee.

The bank said: “The company regularly assesses various opportunities in the market and accordingly confirms that it has entered into a period of exclusivity with RateSetter, but discussions regarding the potential acquisition are at an early stage.

It added: “RateSetter is a UK focused peer-to-peer lender whose distribution platform could accelerate the company’s stated strategy to grow its unsecured consumer lending book.”

No deal is guaranteed and a further announcement will be made, Metro Bank said.

The deal, first reported by Sky News, is expected to surprise some in the City who had thought new chief executive Dan Frumkin would focus on the bank’s core strategy after a difficult 12 months.

At its peak, Ratesetter had around £1 billion of lending on its balance sheet, although the coronavirus pandemic has dented the sector as the Government’s various lending schemes – with rock-bottom interest rates – have turned anyone looking for cash in other directions.

A handful of P2P lenders have been given accreditation under the Government schemes, although the sector has faced accusations of poor management and scrutiny over some of the businesses trying to raise cash on the platforms.

Ratesetter was launched in 2010, and is one of the biggest P2P lenders in the UK with more than 700,000 people investing or borrowing from the platform.