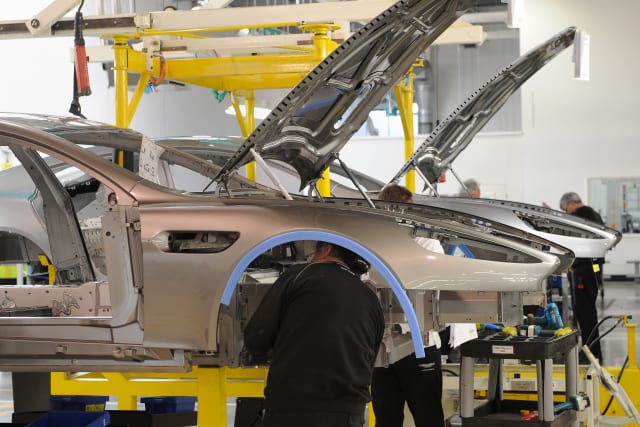 Some of Britain’s biggest transport manufacturers have urged the Government to provide certainty about the UK’s relationship with the European Union after Brexit, and give them a year to prepare for any changes.

Representatives of the car and aviation sectors said it is vital to know if the UK will maintain EU manufacturing standards, and give the companies plenty of time to ensure their supply chains are tailored to fit the new reality.

“Will we continue to have the same regulations as Europe, and … when will we know? Because we need to make preparations if that’s not the case,” asked Simon Brimble the head of the supply chain at Delphi Technologies, which makes parts for cars.

“We cannot say whether we’re prepared or not, because we do not know what we’re preparing for,” Ms Adamson said.

She called for a 12-month notice period after the final deal is published, a sentiment backed by Mr Brimble.

“We’ve taken measures within our business as we had to last year with the possibility of a hard Brexit, and we can dust those things off, but we really need the clarity to understand what we’re going towards, and then we can start to make the preparations,” he said.

Ms Foord, from Vauxhall-maker PSA, said her company is planning for both a free trade deal and a hard Brexit, but called for any changes to be gradual so that the industry has time to find new suppliers.

Manufacturers are worried about the costs that they could incur by having to test products twice, both for the UK and the European markets.

Paul Everitt, the boss of ADS – the trade body for the aerospace, defence, security and space industries, said: “Our number one priority for the past four years has been to ensure the UK’s continued membership of the European Aviation Safety Agency, because we believe it’s one of the most important mechanisms to secure future success.”

He added that not being part of the system would add costs to the business, and cost the UK its position influencing one of the three major drivers of aerospace safety regulation.

But the Government has said it does not want to be a member.

“We would want to understand [Goverment’s] rationale for not seeking to continue to be part of the the European Aviation Safety Agency,” Mr Everitt said.

He added: “There is no safety case established as to why we shouldn’t continue.”