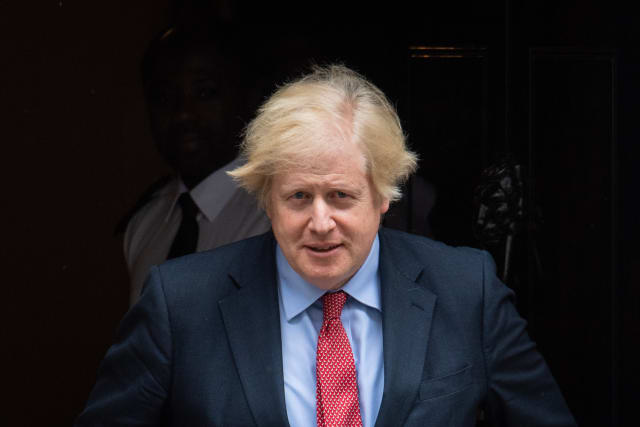 Boris Johnson has defended his decision to launch a commission on racial inequality after Labour claimed it was a “back of a fag packet” plan designed to “assuage the Black Lives Matter protest”.

The Prime Minister said the Commission on Race and Ethnic Disparities would learn “very fast” what changes needed to be made.

But shadow justice secretary David Lammy said there have been several reviews into racism in the UK in recent years, and the announcement of another makes it feel like “we want figures, data – but we don’t want action”.

Mr Johnson, who also faced criticism for saying he wanted to “stop the sense of victimisation and discrimination”, acknowledged that racism “unquestionably” existed in the UK.

“I think what we want to do is learn now very fast what fresh changes we need to make.

“What I feel most strongly is that there are so many positive stories that are not being heard.

“Things really are changing. You’re seeing young black kids now doing better in some of the most difficult subjects in school than they were ever before, more going to top universities.

“We need to start telling that story and building up a culture of high expectations, a narrative about success, as well as stamping out the racism and the discrimination that unquestionably exists.”

The announcement follows two weeks of protests across the country by the Black Lives Matter movement following the killing in the US of George Floyd, who died as a white police officer knelt on his neck.

Mr Lammy criticised the Government for not providing details on the scope of the commission, which was launched in a Daily Telegraph article by the Prime Minister.

“I don’t know why he’s announced a commission behind a paywall, in the Telegraph, buried in the middle of yet another article about Churchill,” the Labour MP told BBC Radio 4’s Today programme.

“If he was serious, why are there no details about how it will be staffed, its remit, its terms of reference, its timetable? That’s the question.

“It’s because this was written on the back of a fag packet yesterday to assuage the Black Lives Matter protest. Get on with the action, legislate, move – you’re in Government, do something.”

Mr Lammy said it is “deeply worrying” and “frankly immature” that Britain is still “having a conversation about whether racism actually exists”.

“And, frankly, when you watch a man die like we did in eight minutes and 46 seconds – I’d like to ask Boris Johnson why he thinks the way to commemorate his death is to announce yet another commission, and why he insists on talking about statues.”

Mr Lammy claimed the Conservative Party wants a “culture war because they want to distract from the central issue”.

David Isaac, chairman of the Equality and Human Rights Commission, said there had already been “countless reports” on the issues surrounding racial inequality and called for “urgent action”.

He said: “We know the scale of the problems we face to tackle the entrenched racial inequality in our country. It is not new. There have been countless reports and the data exists exposing all the issues.

“Now is the time for urgent action. We need to see a clear and comprehensive race strategy with clear targets and timescales from Government.

“We hope this new commission will help deliver that and we stand ready to work with it.”

Mr Johnson faced criticism for saying that the Government wants to stop the “sense of victimisation and discrimination”.

Lord Woolley of Woodford, who chairs the Race Disparity Unit’s advisory group, said it is “real discrimination”, and that some of the Prime Minister’s language is “frankly unhelpful”.