Hundred-metre-long plastic pipes trails out of moving truck in China, knocking over scooter 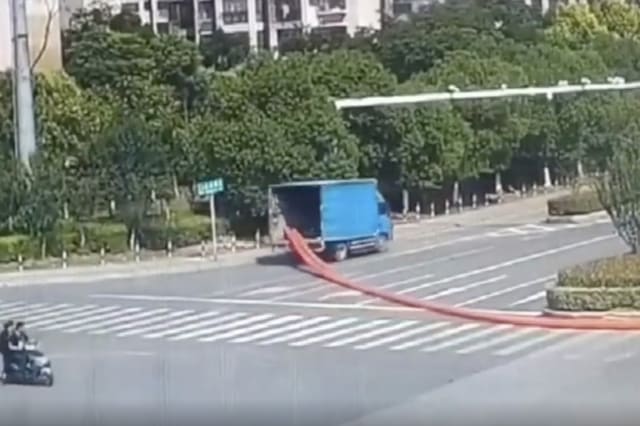 Story and video from Newsflare

An enormous section of plastic pipes trailing from the back of a moving truck knocked over a passing scooter with two people on it in eastern China.

CCTV video of the crash, shot in the city of Nanjing in Jiangsu Province on June 2, shows the hundred-metre-long plastic pipes trailing from the back of a truck driving in a wrong direction.

After the truck turned a corner, the rogue piping then caught a scooter and knocked two people down.

The scooter was damaged and one of the riders was injured, reports said.

The truck driver reportedly did not bother to organise proper transportation for the pipes, and was penalised by the police for his role in causing the accident.

The video was provided by local media with permission.