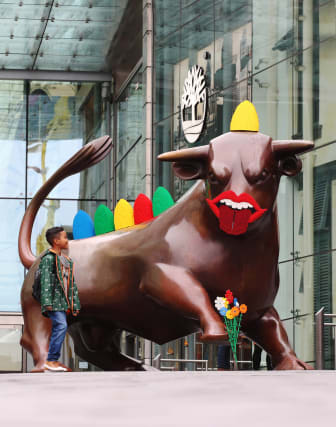 The chairman of struggling shopping centre owner Hammerson has announced he will quit on the same day its sites, including Birmingham’s Bullring and Brent Cross in north London, reopened non-food stores for the first time since lockdown.

David Tyler said he would quit no later than October 1 and be replaced by former Land Securities chief executive Rob Noel, the company confirmed.

The decision comes less than a month after chief executive David Atkins quit, following years of over-expansion which has left the business with a massive financial black hole.

Mr Noel, who remains a senior non-executive at housebuilder Taylor Wimpey, said: “The retail property sector is going through a period of unprecedented upheaval, but I look forward very much to helping the company steer through the challenges it is currently facing and capitalise on the significant opportunities ahead.”

Gwyn Burr, the senior independent director at Hammerson, said: “Rob brings with him vast experience of the property industry which will help accelerate the Board’s ambitions to put the company back onto a stable footing.

“We are also very pleased to welcome Des, whose experience in retail property and international perspective will make a valuable contribution to the future of Hammerson.”

Mr Tyler had been chair for seven years, overseeing a business which extended quickly, but at a cost.

Since lockdown, Hammerson are understood to have been pressuring tenants into paying rents despite stores being closed as it weighs up its future finances. Only a third of rent was paid at the end of March.

He was also chairman of Sainsbury’s during its aborted deal with Asda, which was blocked by competition authorities but not until the supermarkets spent several million pounds in legal fees and time consumed on the deal.

Hammerson had been trying to sell off some of its properties, but was hit last month by the collapse of a £400 million deal for seven retail parks to private equity firm Orion Capital Managers.

The suitors preferred to take a £21 million deposit hit and walk away, rather than stump up the remaining £380 million for the deal.

Prior to his new chairman role, Mr Noel had been chief executive at Land Sec for eight years, overseeing projects including London’s Walkie Talkie skyscraper.