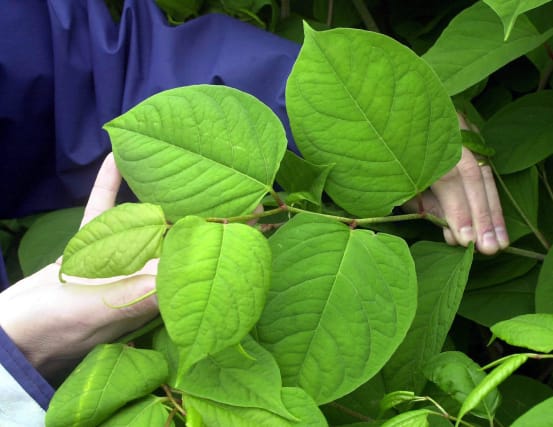 Artificial intelligence is being enlisted in the fight against invasive plants, as experts try to design a system that makes problem species easier to track.

Scientists from the UK Centre for Ecology and Hydrology (UKCEH) and Birmingham based company Keen AI are developing a new AI system to quickly survey areas such as roadsides for invasive species of plant.

Plants such as Japanese knotweed can cause damage in the UK, but finding and tracking their spread can be expensive and time-consuming, the experts said.

The new scheme will use a high speed camera on top of a vehicle to survey up to 120 miles of roadside vegetation a day.

The images will be tagged with their GPS location and uploaded onto an online platform, where UKCEH ecologists will identify the plants in the photographs.

Then the team aims to teach the AI how to correctly identify invasive species such as Japanese knotweed, rhododendrons, Himalayan balsam and cherry laurel.

They will also teach the system to spot ash trees, which are native to the UK but at risk of a devastating disease, ash dieback.

It is hoped that once it has learned to identify certain species, the AI – which can rapidly analyse large numbers of images – will make surveying for invasive and potentially-damaging plants quicker and cost-effective.

Dr Tom August, from UKCEH, said: “There’s a huge opportunity for AI to help us learn more about the natural world; we’re interested to see if we can develop a cost-effective, rapid way to identify invasive plant species in the UK.

“Invasive plant species tend to grow in corridors, which is why we’re focused on roadside surveys.

“If the pilot is successful, this could be scaled up in other countries, or for other species of plants, trees or even insects and animals.”

“Currently this work requires temporary closure of roads to ensure the safety of surveyors.”

He said he believed the system would “significantly reduce” the cost of ecological surveys, and allow them to take place at a scale that is currently not possible.

“If we are successful, we’ll be able to survey the entire UK very cost-effectively, giving a much better understanding of the extent of invasive species,” he said.