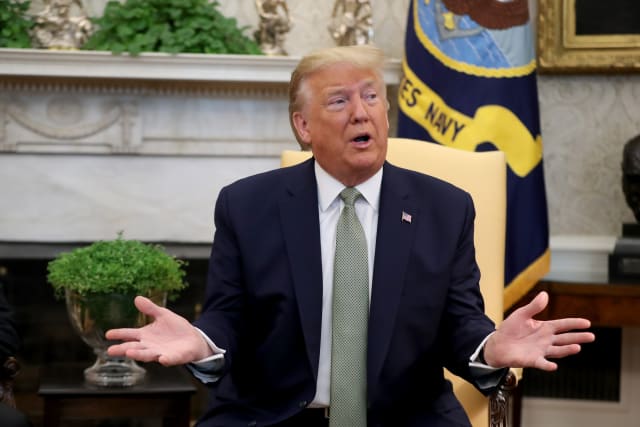 Donald Trump has defended himself on Twitter after he was filmed walking unsteadily down a ramp on Saturday.

The US president appeared to be unsure of his footing as he walked away after delivering a speech at West Point Academy, prompting social media critics to question if it was a sign of failing health.

However, Mr Trump wrote on Twitter that the ramp was "long & steep, had no handrail, and most importantly was very slippery".

The ramp that I descended after my West Point Commencement speech was very long & steep, had no handrail and, most importantly, was very slippery. The last thing I was going to do is "fall" for the Fake News to have fun with. Final ten feet I ran down to level ground. Momentum!

While users posted footage of the president's wobbly walk down the ramp, others pointed out his handling of a glass of water and mispronunciation of names, such as American general, Douglas MacArthur.