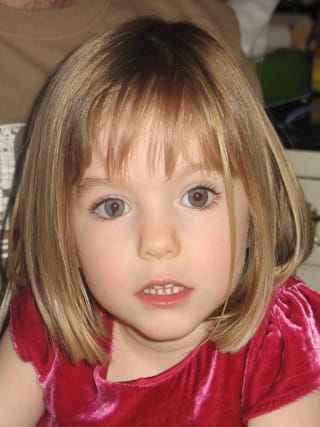 Madeleine McCann may still be alive, according to the German prosecutor who previously said police were working on the assumption she was dead.

The suspect, who is currently serving a prison sentence, has been named in reports as Christian Brueckner.

Hans Christian Wolters, a spokesman for the Braunschweig public prosecutor's office, said on Monday prosecutors had some evidence Madeleine was dead but did not have enough for a trial.

But speaking to the Sunday Mirror, he appeared to row back on this.

"Because there is no forensic evidence there may be a little bit of hope (that she is alive)," he told the paper.

"We don't want to kill the hope and because there is no forensic evidence it may be theoretically possible.

"I know it's important for the British people when I say she is dead, but I did not know it was so important."

Mr Wolters added that in Germany it was "more normal" to have a murder investigation in similar cases.

Separately, speaking to The Sunday Times, Mr Wolters said prosecutors were investigating whether a hotel employee may have helped the suspect target the McCanns' apartment knowing they were at a nearby restaurant.

Brueckner is known to have lived on the Algarve coast and his Portuguese mobile phone received a half-hour phone call in Praia da Luz around an hour before Madeleine, then three, went missing on May 3 2007.

There is no suggestion the member of staff knew about Madeleine's kidnap in advance, and Mr Wolters said: "The phone call made by the suspect could be between him and a member of staff who told him when to break into the McCanns' apartment."

He added that police had not interviewed Brueckner about Madeleine's murder at the time as they had not traced the person who called him.

Mr Wolters told the paper: "The person he spoke to could put the phone in his hand (by confirming that it was definitely Brueckner to whom he spoke), which would mean he was in the area at the time.

"This is the evidence we want before we issue an arrest warrant and then interview him for the murder. It would help the case against him – but we would also need more evidence."

In the days since the renewed appeal, Scotland Yard said it received nearly 400 tips to its Operation Grange team.

Operation Grange refers to the force's active investigation, which is still classed as a missing person inquiry because there is no "definitive evidence whether Madeleine is alive or dead", a police spokesman said.

Madeleine vanished soon before her fourth birthday while her parents were eating dinner with friends at a nearby tapas restaurant, and would have turned 17 last month.