Reopening charity shops ‘will not be enough to save sector’ – committee 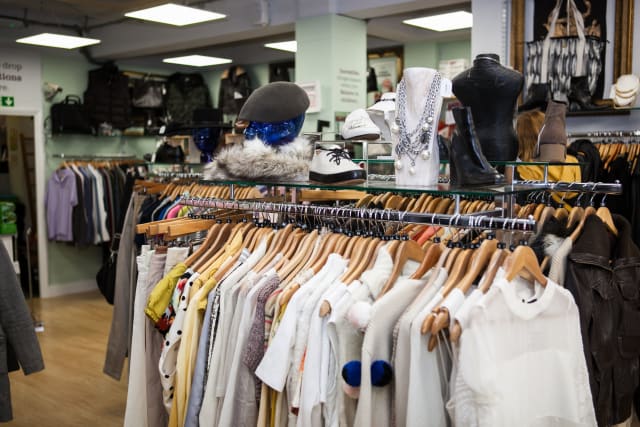 Reopening charity shops will not be enough to save the stricken sector, a committee has warned while criticising the Government’s “disappointing” lack of engagement.

The Government “still doesn’t seem to understand” that charities which are not directly involved in the coronavirus response need further support, the Digital, Culture, Media and Sport (DCMS) Committee said.

It has published the Government’s response to its report in May which called for a review of measures for businesses to ensure they are enough to stop charities from closing.

The sector has been hit by falling income due to cancelled fundraisers and the closure of charity shops, but many charities have experienced a rise in demand at the same time.

From Monday, charity shops will start to reopen as part of the Government’s Covid-19 recovery strategy.

Committee chairman Julian Knight said: “The Government is taking a head-in-the-sand approach to the plight of charities, struggling for survival against lost income and soaring demands for their services from people hit hard by the Covid-19 crisis.

“Ministers fail to recognise that the charities and voluntary sector present a special case at such a critical time for the country.”

He added: “The fact that the Government has failed to engage in any meaningful way with wider issues raised by our report, including the lack of clarity about how charities can access the funds that are on offer, is deeply disappointing.

“Charity shops might be reopening for the first time since lockdown but their future is far from secure.”

The Covid-19 crisis and charities report, published on May 6, asked for a separate job retention scheme for charities which would allow furloughed employees to volunteer for their organisations.

But the Government said the scheme is not designed to help charities cut the cost of delivering essential services, and urged charities helping people through the crisis to apply for the £750 million funding package it has provided.

The committee asked the Government to publish clear and comprehensive guidance about the criteria that will be used when allocating support and how organisations can apply for it, which it has since done.

And it backed the charity sector’s call for a stabilisation fund to secure its long-term financial health.

In response, the Government said it was important to “strike the right balance between supporting the sector’s important work and ensuring its ongoing independence and sustainability”.

It pointed out that millions have been raised for the sector through fundraising, with £70 million available to the sector after the Government matched public donations to the BBC’s Big Night In.

A Government spokeswoman said: “We are providing an unprecedented multi-billion-pound package of support for Britain’s charities so that they can continue to help those in need. This includes £750 million announced by the Chancellor – £200 million of which is open to bids from smaller charities.

“They can also benefit from government financial measures to support employers and businesses including the coronavirus job retention scheme and the coronavirus business interruption loan scheme.

“We recognise the incredible work that charities have done in supporting the national effort and how they are helping Britain bounce back.

“Detailed information about the range of funding schemes to support voluntary, community and social enterprise organisations is available on the GOV.UK and the National Lottery Community Fund websites.

“We will respond to the select committee’s report in due course.”