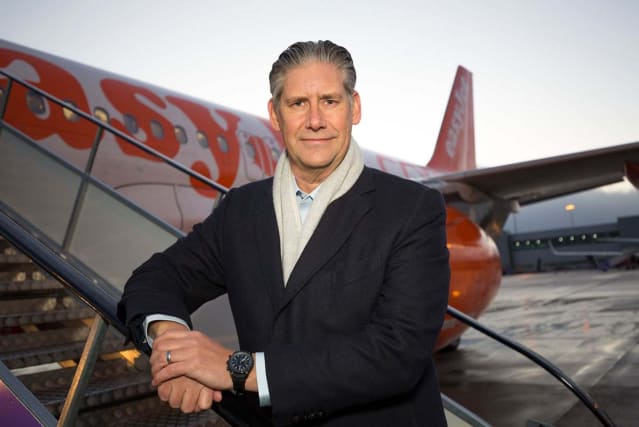 EasyJet’s boss has insisted he would “feel 100% safe” on packed planes as the airline restarts operations for the first time in 11 weeks.

Chief executive Johan Lundgren told the PA news agency that the Luton-based carrier has taken guidance from international regulators to develop an enhanced safety and hygiene regime for its resumption of flights on Monday.

Passengers and crew will be required to wear masks, aircraft will be regularly deep-cleaned and disinfection wipes and hand sanitiser will be made available.

EasyJet’s first UK flight since it grounded its aircraft on March 30 due to the coronavirus pandemic will take off from Gatwick at 7am and touch down in Glasgow 90 minutes later.

Mr Lundgren said not operating a single flight in nearly three months has been “devastating”, and the airline is “super excited” to resume.

He will travel on his first easyJet flight after the restart on Wednesday.

Asked if he would be anxious about his health if the plane is full, he replied: “I would feel 100% safe.

“The recommendations that we’ve implemented have been defined together with international regulators Easa (European Aviation Safety Agency), ICAO (International Civil Aviation Organisation), the CAA (Civil Aviation Authority) and also our own company’s medical doctors and expertise.”

Despite the 14-day quarantine policy and current travel restrictions imposed in the UK, Mr Lundgren said he believed summer holidays will be possible.

He went on: “We would hope and would be really looking forward to restrictions being either lifted, or air bridges put in place where it made sense to do so, allowing UK customers as well as people in the rest of Europe to be able to go on a holiday.”

Air bridges would involve travellers arriving from countries where the risk of being infected by coronavirus is deemed to be low to avoid having to self-isolate for 14 days.

EasyJet’s initial schedule will involve mainly domestic flying in the UK and France.

The airline will ramp up its operations in the coming weeks.

It plans to reopen half of its 1,022 routes by the end of next month, increasing to 75% during August.

But flights will be at a lower frequency than normal, meaning the airline will operate at around 30% of its normal capacity between July and September.

Ryanair intends to restore 40% of its flights from July 1, while British Airways is due to make a “meaningful return” to service next month.