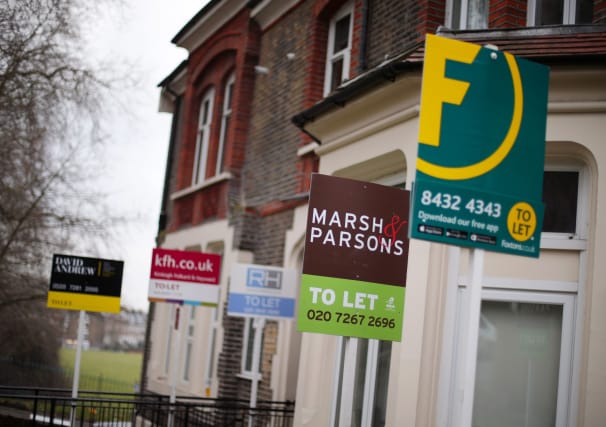 The average landlord selling a property last year made £2,400 less of a profit on what they had originally paid compared with those selling up in 2018, according to analysis.

Across England and Wales, the average profit, before factoring in costs, made by landlords selling up in 2019 was £78,100.

This was the smallest gross profit since 2015, when it was £77,830, Hamptons International said.

This equates to a gross gain of 42% on their initial investment.

In 2018, the average landlord sold a property for £80,500 more than they had paid for it. These landlords were particularly likely to have bought their property at the bottom of the market – around 2009.

Landlords typically hang on to a property for around nine years before selling it.

Hamptons, which used a combination of Land Registry data and its own figures for the research, estimates that more than 150,000 properties were sold last year by landlords in England and Wales.

Some 84% of landlords who sold their buy-to-let property in England and Wales last year are thought to have made a gross capital gain, with 16% making a loss, according to the calculations.

Landlords selling up in London made the biggest average gains. The average landlord in the capital made a gross gain of £253,580 – more than 20 times that of a seller in the North East, where the average gain was £11,710 in 2019.

Investors selling up in the Kensington and Chelsea in London made the biggest gross gains – selling their buy-to-lets for £924,010 more than they paid for them on average.

Landlords in London were also most likely to make a profit, with 97% selling their property for more than they paid for it.

Landlords in the North East were most likely to make a loss – an estimated 45% who sold up last year were paid less for the property than they had originally forked out.

Aneisha Beveridge, head of research at Hamptons International, said: “The profitability of the buy-to-let market has been questioned in recent years and is one of the main reasons why some landlords have chosen to sell up.

“But one of the biggest bonuses from cashing in comes from the capital gain on a property. Over a third of landlords’ total return comes from capital growth rather than rental income in Great Britain.

“Landlords in the South, where house prices are higher and historic price growth has been stronger, saw the greatest capital gains last year.

“In fact, the average London landlord gain was over 20 times that of a seller in the North East, where landlords are more reliant on rental income.

“But with house price growth expected to stay lower than in the past, more landlords are having to switch their focus to maximise rental income, rather than rely on capital growth.”

Here is the average gross gain made by landlords selling up in 2019, according to Hamptons International, and the average percentage of landlords who made a profit: