Three men and boy, 13, to face court charged with attacking police in Hackney 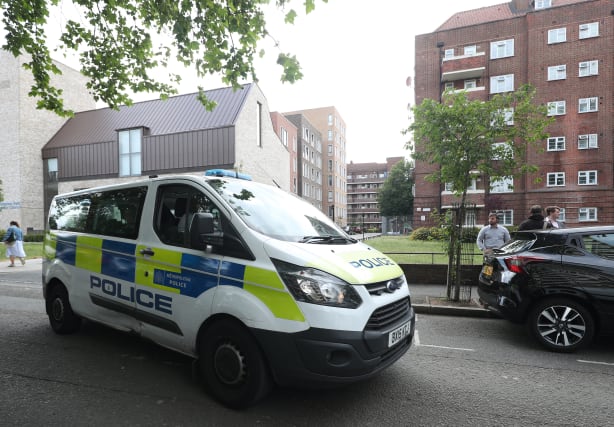 Three men and a 13-year-old boy will appear in court charged with assaulting emergency workers, following an alleged attack on two police officers in east London.

A video of the incident was widely circulated on social media, showing an officer pinned down on the ground and being kicked, while his female colleague is pushed when she tries to intervene.

Hackney police tweeted on Friday: “Good morning, It’s pleasing to report that following an investigation into Tuesday’s incident in Frampton Park Road, three men and a 13 yr old boy have been charged with assaulting emergency workers. They will attend court today.

“Thank you so much for your messages of support.”

At around 3.30pm on Tuesday, officers patrolling the area near Frampton Park Road were flagged down by a member of the public who told officers they had been assaulted.

As an officer attempted to speak to those involved, a struggle ensued.

Two men, aged 32 and 20, were arrested at the scene and taken to an east London police station.

Later that evening a further arrest was made, of the 13-year-old boy, and on Thursday, a 34-year-old man was arrested.

Home Secretary Priti Patel and mayor of London Sadiq Khan were among those to publicly condemn the incident.