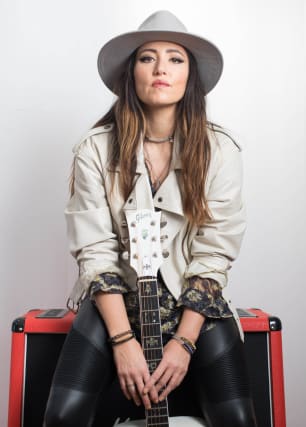 Hosted by Vic Galloway, #SaveOurScottishVenues will begin with a special performance by Fran Healy on Thursday in a bid to support venues struggling in the coronavirus pandemic.

The Travis frontman will play an acoustic set, streamed on Facebook for free, from a hillside overlooking Los Angeles.

Other artists joining Tunstall, Fatherson and Wet Wet Wet on the main bill include The Xcerts, Hunter and the Bear, Be Charlotte, Luke La Volpe, Hue and Cry, Honeyblood and Anchor Lane.

The virtual festival starts on Friday June 19 from 8pm across three “stages”, with tickets costing £5.

More live performances will take place on Saturday June 20 from 10am – tickets £8 – with catch-up available until Sunday June 21 at 10pm.

Venues benefiting from ticket sales and donations include the Glad Cafe, Audio and Ivory Blacks in Glasgow; Sneaky Pete’s, Summerhall and Bannermans in Edinburgh; Temple Falkirk; PJ Molloys in Dunfermline, and The View in Oban.

Speaking about the festival, Bathgate musician La Volpe said: “It’s absolutely vital that we support grassroots venues at the moment because, let’s face it, life’s shit without gigs.

“They’ve all had the rug pulled from under them by this whole terrible situation and the longer it goes on the harder it is for them to survive with no money coming in.”

He added: “The team at Music Venue Trust is working incredibly hard to support them and I’m really happy to be part of Save Our Scottish Venues alongside all these legends.

“Every single successful musician has been given a hand up by grassroots venues putting them on in front of people who love discovering new music.

“It’s time to give them a hand in return so every single venue can make it through this incredibly tough period and get the doors open again as soon as possible.”