Johnson on statues row: We cannot try to edit or censor our past 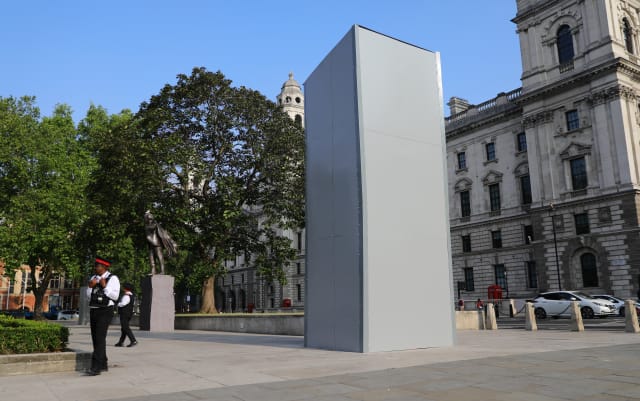 Boris Johnson has said it is “absurd and shameful” that the statue of Sir Winston Churchill in Parliament Square was at risk of attack from anti-racism protesters.

Speaking after the memorial was boarded up to protect it ahead of more planned weekend demonstrations, the Prime Minister said on Twitter: “We cannot now try to edit or censor our past.”

A protective box was placed around the statue of the former premier, who led Britain during the Second World War struggle against the Nazis, after it was targeted during Black Lives Matter protests last weekend.

It was vandalised with the words “Was a racist”, while the Cenotaph, which has also now been protected with hoarding, was also targeted.

The protests, sparked by the death of George Floyd in Minneapolis in the US, saw clashes between protesters and police in London, while in Bristol a statue of Edward Colston was pulled down and dumped in the harbour.

Mr Johnson said: “The statue of Winston Churchill in Parliament Square is a permanent reminder of his achievement in saving this country – and the whole of Europe – from a fascist and racist tyranny.

“It is absurd and shameful that this national monument should today be at risk of attack by violent protesters.

“Yes, he sometimes expressed opinions that were and are unacceptable to us today, but he was a hero, and he fully deserves his memorial.”