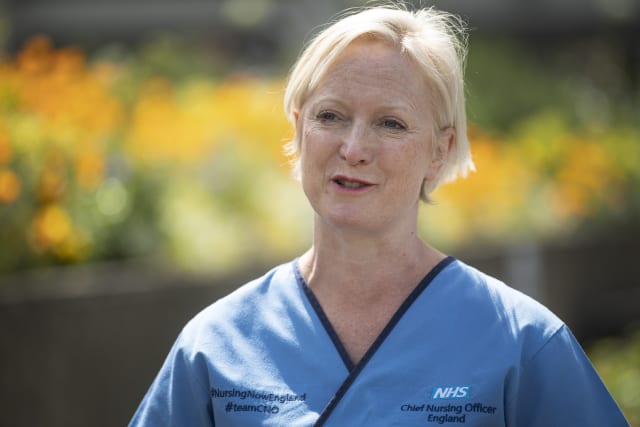 Grant Shapps has denied reports that the chief nursing officer for England was dropped from Number 10 press briefings because she refused to defend Dominic Cummings.

Ruth May was stood down from a briefing when she refused to support Mr Cummings’ decision to move his family 260 miles to Durham to stay on his parents’ farm, according to reports.

She had been due to appear alongside Matt Hancock on June 1, but was cut when she felt unable to defend the Prime Minister’s chief adviser, according to the Independent.

When asked about the claims at Friday’s briefing, Mr Shapps said: “I don’t think it is true. She has attended them many times before. I notice that at the top of the No 10 Twitter feed I see one of her tweets pinned,” he said.

“I am absolutely sure she has been a regular contributor before and I am sure she will be back here again.”

Professor Stephen Powis, national medical director of NHS England, said he did not know anything about the row over Ms May, but added: “All I can say is that I have been here many times saying exactly what I think.”

The Independent quoted an NHS source saying Ms May was dropped when she said she would follow the example set by deputy chief medical officer Jonathan Van-Tam if asked about Mr Cummings.

Prof Van-Tam had said lockdown rules “apply to all” on May 30 and has not appeared at the briefings since.

A second source said: “Everyone is being asked to support the Government positions prior to doing a press conference. If they don’t, they get dropped.

“First it was Dominic Cummings, then easing lockdown and now the R-rate and the two-metre rule.”