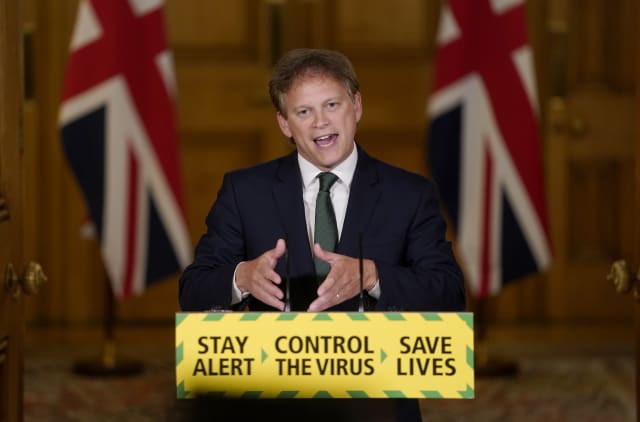 Air bridges which could allow Britons to holiday abroad this summer is something the Government is “actively working on,” a minister has said.

Transport Secretary Grant Shapps said officials are talking to airlines about the possibility of opening up the so-called “travel corridors”.

People flying into the country – tourists and those living in the UK – currently have to self-isolate for 14 days as part of the Government’s strategy to slow the spread of coronavirus.

Speaking at the Downing Street daily briefing, Mr Shapps said the quarantine measures were put in place to stop increasing the Covid-19 R-rate in the UK, but added: “Then we would look at if we could open up air bridges, which might be better described as travel corridors, and that’s something that we’re actively working on.

“The first review of this takes place on June 29.

“We are talking to airlines and talking to airports and will talk to other countries about it, but the basic principle must be that we don’t end up in a second wave situation.”

The minister explained: “We will only open up air bridges when it is safe to do so and there will be more on that on the review period on June 29.”

Addressing the blanket nature of the current restrictions, Mr Shapps added: “What we don’t want to do is re-import it and the idea of the quarantine is the right thing to do and it has broad public support.”

His comments come on the same day British Airways, easyJet and Ryanair announced they have launched legal action against the Government’s “flawed” 14-day quarantine policy, claiming it will “have a devastating effect on British tourism and the wider economy, and destroy thousands of jobs”.