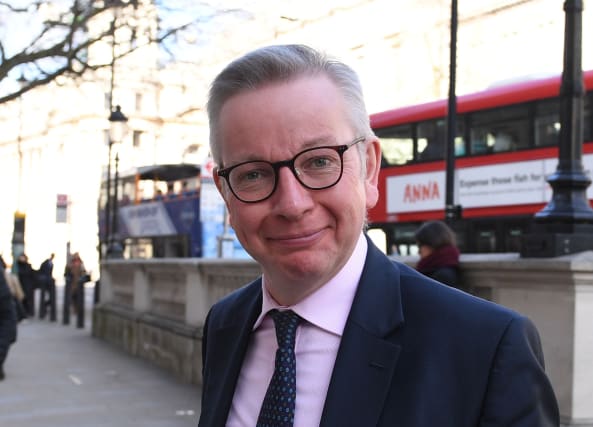 Cabinet Office minister Michael Gove has confirmed the UK Government will not extend the Brexit transition period, after the first ministers of Scotland and Wales called for it to do so.

In a letter to the Prime Minister, Nicola Sturgeon and Mark Drakeford said exiting the transition period at the end of this year, when the UK economy will just be beginning its recovery from coronavirus, would be "extraordinarily reckless".

But in a tweet on Friday, Mr Michael Gove said he has officially given notice to EU negotiators that the UK Government will not request an extension beyond the December 31 deadline.

The statement was made during a meeting of the EU Joint Committee.

Mr Gove tweeted: "I formally confirmed the UK will not extend the transition period & the moment for extension has now passed. On 1 January 2021 we will take back control and regain our political & economic independence."

UK sources were keen to depict the meeting as the last formal opportunity to request an extension, as it was the final scheduled meeting of the joint committee before the July 1 deadline to make such a request.

But both sides can agree to hold another meeting, where under the Withdrawal Agreement a delay could be asked for.

The Scottish Government has repeatedly called for the transition period to be extended.

Ms Sturgeon and Mr Drakeford warned in their letter that "fundamental issues" still remained between the UK and EU negotiators after the most recent round of talks on a deal.

They wrote: "No-one could reproach the UK Government for changing its position in the light of the wholly unforeseeable Covid-19 crisis, particularly as the EU has made it clear it is open to an extension request.

"We therefore call on you to take the final opportunity the next few weeks provide to ask for an extension to the transition period in order to provide a breathing space to complete the negotiations, to implement the outcome, and the opportunity for our businesses to find their feet after the enormous disruption of recent months.

"At the time the Withdrawal Agreement was signed, no-one could have imagined the enormous economic dislocation which the Covid 19 pandemic has caused – in Wales, Scotland, the whole of the UK, in the EU and across the world."

The letter claimed that, at best, there would only be a "bare bones" trade deal in place by December, or a move to a no-deal exit from the EU.