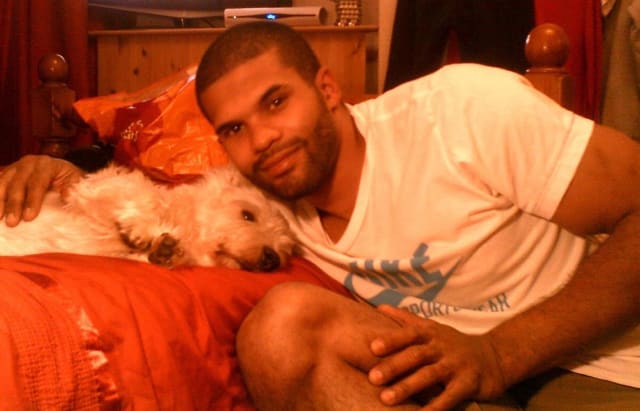 The family of a black man found dead in a police cell are seeking answers over how he died.

Simeon Francis, 35, was found unresponsive in his cell at Torquay police station on May 20 and later pronounced dead.

The father-of-one’s death is being investigated by the Independent Office for Police Conduct (IOPC).

His siblings, who live in Torquay, said: “No matter what Simeon’s past was, he was our brother and well loved.

“We want answers as to why he died in these circumstances. We are devastated at the news of his death and now seek justice for him.”

Mr Francis was originally from Birmingham and moved to Torquay 16 years ago.

His father, who lives in Birmingham, said his family was struggling to come to terms with his death.

“We are shocked and devastated at the sudden loss of my beautiful son Simeon,” he said.

“As a father, I would never have expected to be dealing with the death of a child in such circumstances. The family and I are seeking answers as to what happened to Simeon.”

The IOPC said Mr Francis was arrested at 12.45am on May 20 on Cowley Bridge Road in Exeter.

He was transported by police van to Torquay police station where he was booked into custody at around 3am.

Mr Francis was later found unresponsive in his cell and an ambulance was called. He was pronounced dead at around 6pm.

The IOPC said the watchdog had received a mandatory referral from Devon and Cornwall Police following Mr Francis’s death and it was investigating the circumstances.

Regional director Catrin Evans said: “We are analysing a considerable amount of CCTV footage from the custody suite.

“We are looking at the level of care provided during the period of detention, including the frequency and adequacy of checks carried out.”

An inquest into Mr Francis’s death was opened and adjourned last week by the Plymouth Coroner.

The IOPC said a preliminary post-mortem examination had taken place but has not identified a cause of death, and further tests will be carried out.

Devon and Cornwall Police said the force has been “co-operating fully” with the IOPC and no members of staff have been suspended or placed on restricted duties.

Assistant Chief Constable Jim Colwell said: “An independent investigation by the IOPC will always be carried out following a death in police custody.

“The force made this referral immediately and has co-operated fully with the IOPC ever since – this will continue in the coming weeks and months.

“Our thoughts and condolences remain with the family and friends of Mr Francis and we remain committed to a wholly appropriate, independent and thorough investigation into the events surrounding Mr Francis’ death.”

Community campaigner Des Jaddoo, who is supporting the Francis family, said: “Sadly we are here again supporting another family who have suffered the sudden loss of a loved one.

“I do expect a thorough and transparent investigation from the IOPC and would further expect the utmost cooperation from Devon and Cornwall Police.

“Devon and Cornwall Police must be held to account as to what happened to Mr Francis whilst he was in their custody and their duty of care towards him.

“The family’s request is a simple one. Why is Simeon dead?”