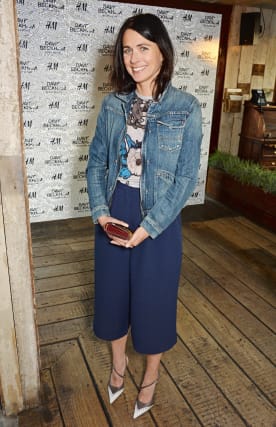 Emily Sheffield will replace George Osborne as the editor of the Evening Standard, its owner Evgeny Lebedev has said.

The former chancellor of the exchequer will become editor-in-chief of the London paper.

Mr Lebedev confirmed the news on on Twitter, writing: “I am delighted to announce the appointment of @emilysheffield as Editor of the @EveningStandard.

“I am also very pleased that after more than three years as an outstanding editor, @George_Osborne will become Editor-in-Chief.”

“Thanks to the team who’ve made the paper a must read + helped me steer it through the greatest crisis in its history,never missing an edition & producing some of its finest journalism.

“Congratulations to @emilysheffield on becoming the new Editor of the @EveningStandard. She will bring creativity, commitment and experience to the job – and take the Standard , online and in print, through the next exciting chapter in its long history.”

Sheffield is the sister of Samantha Cameron, the wife of former prime minister David Cameron, and a former deputy editor of British Vogue.

She has been a regular columnist in the Evening Standard and founded the news app This Much I Know.

She said: “Very proud to be the announced as the new Editor of the Evening Standard. It has been a core part of my daily life since I moved to London aged 18. And spent five formative years there as a young journalist in my 20s.”

Osborne was announced as the editor of the newspaper in March 2017.

He later defended his appointment, telling the Commons that Parliament is “enhanced” when people of different experience take part in it, but subsequently announced he would stand down from Westminster politics at the election in June 2017.