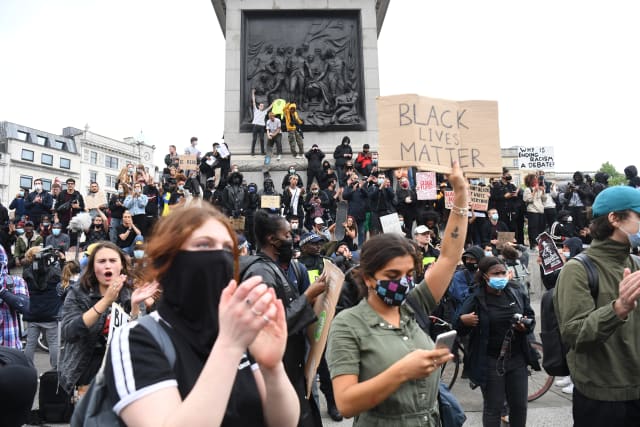 Black Lives Matter protesters flocked to London’s Trafalgar Square on Friday afternoon, as widespread demonstrations continued following the death of George Floyd in the US.

African American Mr Floyd died after a white police officer held him down by pressing a knee into his neck in Minneapolis on May 25.

Participants in Friday’s protest were urged to “stay calm” if they encountered any counter-rallies as they marched to Trafalgar Square, passing Buckingham Palace on the way.

Hundreds of campaigners surrounded Nelson’s Column after walking from Hyde Park, as around two dozen police officers watched on.