‘Cautious’ lifting of lockdown to continue in Wales 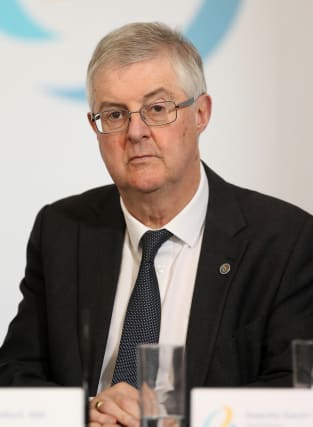 Wales will continue with its cautious approach to easing the lockdown and will not be pressured into following England’s speedier approach, the First Minister has said.

Mark Drakeford said that “however loud the demands”, the Welsh Government would not “throw it all away” by easing the restrictions too quickly and risking a second peak of coronavirus.

In Wales people are restricted to journeys of five miles for leisure and non-essential shops remain closed.

But in England, there is no travel limit and shops are reopening from Monday.

Any changes to the lockdown in Wales are likely to be announced in a week’s time when a further three-week review takes place.

Mr Drakeford told the daily Welsh Government briefing that the R number – the average number of people infected by each person who gets the virus – was now down from 0.8 to 0.7.

Public Health Wales said a further 10 people had died after testing positive for Covid-19, taking the total number of deaths in Wales to 1,435, while the total cases increased by 77 to 14,658.

The First Minister said that because of the “sober and cautious way” in which the restrictions were being lifted and the efforts of the public in sticking to the rules, incidents of coronavirus were declining.

He said: “We can choose a path in which we retain our freedoms gradually, carefully and safely, using the headroom we have made together, but never taking steps which would knowingly undermine everything we have achieved.

“Or we can throw it all away, lift the restrictions in a rush and run the real risk of this deadly virus being on the rise again in Wales.

“I and my cabinet colleagues make decisions next week about the weeks ahead.

“I want you to know that whatever happens elsewhere and however loud the demands to do things differently might be, we will stick to the path we have chosen.

“Your safety and that of your family will always be at the forefront of our thinking as we move to rebuild our society and our economy in Wales.”

Mr Drakeford described the news of a record 20% shrink in the UK economy as “striking and sobering” and said the “headroom” they had created in Wales would allow for more economic activity.

He also said that the two metre social distancing rule would only change if the advice from the Sage committee of experts changed.

Wales now has the testing capacity to carry out 12,300 Covid-19 tests a day, Mr Drakeford said, and a new drive-through test centre has opened in Deeside with another due in Abergavenny.

And a promise to test every care home resident in Wales was “nearing completion”.

Meanwhile, Education Minister Kirsty Williams has written to all school staff in Wales ahead of the re-opening of schools at the end of June for four weeks.

“So much can be achieved in this four-week period. Without it, most learners would face almost six months out of the classroom and we know what the learning loss implications of that could look like, particularly for our more disadvantaged learners,” Ms Williams said.

“To be blunt, we have to be prepared for the possibility of a second wave of the disease later in the year.

“This advice has guided the proposal to offer these check-in, catch up and prepare sessions at the end of this term.

“You have my guarantee that I will also extend the autumn half term to be a two-week break.”