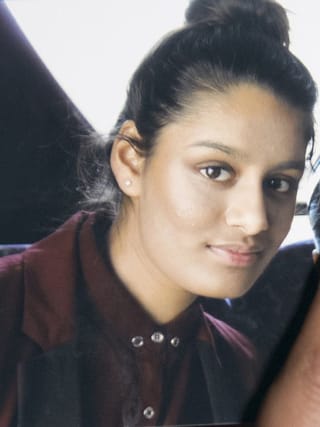 Stripping Shamima Begum of her British citizenship exposed her to a "real risk" that she would face the death penalty in Iraq or Bangladesh, her lawyers have told the Court of Appeal.

Ms Begum took legal action against the Home Office, claiming the decision was unlawful because it rendered her stateless and also exposed her to a real risk of death or inhuman and degrading treatment.

In February, the Special Immigration Appeals Commission (SIAC) – a specialist tribunal which hears challenges to decisions to remove someone's British citizenship on national security grounds – ruled that the decision was lawful as Ms Begum was "a citizen of Bangladesh by descent" at the time of the decision.

SIAC found that Ms Begum "cannot play any meaningful part in her appeal and that, to that extent, the appeal will not be fair and effective", but ruled that "it does not follow that her appeal succeeds".

The tribunal also found that the decision did not breach the Home Office's policy on the extraterritorial application of human rights.

Ms Begum's challenge to the Home Office's decision to refuse to allow her to enter the UK in order to effectively pursue her appeal was also rejected.

At a remote hearing on Thursday, Ms Begum's barrister Tom Hickman QC said removing his client's British citizenship took away "the real possibility that she could return to the UK".

He added that the decision had the result of "exposing her to continued detention, which would otherwise be ended by repatriation, or the real risk of removal to Bangladesh or Iraq".

He said "individuals suspected of involvement in Islamic extremism have been subject to extra-judicial killing at the hands of the police" in Bangladesh and that, in Iraq, Ms Begum would be subject to "a wholly unfair and pre-determined 'trial' and an immediate sentence of death, which was the reported fate of a number of persons detained in Syria including women".

He told the court that there had been "a manifest breach of natural justice", and that Ms Begum's appeal against the deprivation of her citizenship should be allowed because her appeal "cannot be pursued in a manner that satisfies even minimum requirements of fair procedure".

Mr Hickman said Mr Javid had been informed that Ms Begum could not have a fair or effective appeal when he took the decision to revoke her British citizenship.

He argued that the refusal of Ms Begum's claim for leave to enter the country to pursue her appeal "piles unfairness upon unfairness and is wrong in law".

Mr Hickman also pointed out that Ms Begum was only 15 when she left the UK, saying: "She had not even taken her GCSE exams."

He added: "The only things that are clear are that Shamima Begum was a child when she left the UK and had been influenced to do so."

Sir James Eadie QC, representing the Home Office, said in written submissions: "The fact that the appellant could not fully engage with the statutory appeal procedure was a result of her decision to leave the UK, travel to Syria against Foreign and Commonwealth Office advice and align with (IS).

"This led to her being held in conditions akin to detention in a foreign state at the hands of a third party, the Syrian Defence Force.

"It was not the result of any action by the Secretary of State and the deprivation decision did not have any causative impact on the appellant in this respect."

Sir James added that Ms Begum had been able to speak to her lawyers, and argued that "the fact that it might not be possible to mirror the level of access to legal advice that would be available if someone were at liberty in the UK does not mean the proceedings are unfair".

He added: "She was deprived of her citizenship for proper and important national security reasons."

Ms Begum was one of three schoolgirls from Bethnal Green Academy who left their homes and families to join IS, shortly after Sharmeena Begum – who is no relation – travelled to Syria in December 2014.

The hearing before Lord Justice Flaux, Lady Justice King and Lord Justice Singh will resume at 11am on Friday and it is expected that the court will reserve its judgment.