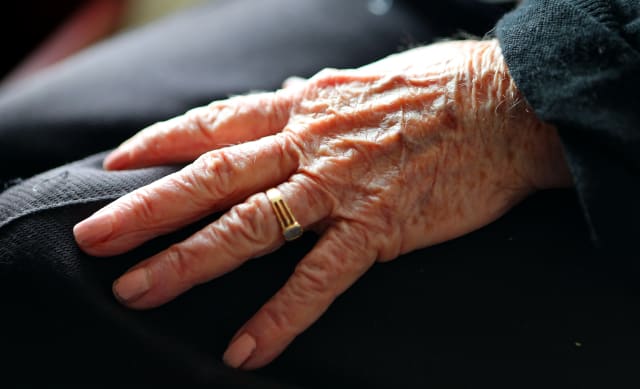 Around a quarter of social services directors said hospital patients were discharged to places without enough protective equipment or where they could not self-isolate amid the coronavirus pandemic, a survey has found.

Some 27% of directors said patients were discharged to providers without sufficient personal protective equipment (PPE) to protect against the virus, the Association of Directors of Adult Social Services (Adass) said.

The charity, which asked its members about the rapid discharge of patients to the community in March to free up hospital beds, found 24% said patients had been taken to settings where they could not self-isolate.

A total of 16% of the directors said they had encountered both scenarios.

Thousands of people “lost their lives prematurely in social care” because the sector was “ill-equipped and under-resourced” to deal with the pandemic, Adass president James Bullion said.

Directors also believe a lack of testing during this period could have accelerated the speed of coronavirus spreading in care settings.

The report said: “Given what we know about the spread of Covid-19 in care home settings in particular, it is obviously greatly concerning that untested individuals were potentially discharged to settings that had insufficient PPE and also to where a suspected Covid-19 positive individual could not isolate safely.”

Mr Bullion said a key lesson was that “emptying acute hospital beds without considering the impact on social care can have huge consequences” but added there had been no “wilful intention” to take the infection to care homes.

He continued: “A focus on rapid discharge when there were shortages of PPE, questions about testing and the ability to isolate people in social care meant that some people ended up in the wrong place to meet their needs and with insufficient community support or reablement to help them get home. We must change our approach.”

A report by NHS Providers in May said suggestions that NHS trusts knowingly and systematically discharged Covid-19 patients into care homes to free up beds were “damaging and mistaken”.

Trust leaders told the membership body they consistently followed Government guidance and only discharged known or suspected coronavirus patients if care homes had capacity to safely care for them.

Some 146 out of 151 directors of social services in England responded to the Adass survey between May 1 and 22.

Eleven per cent of directors said they believed every person in their area was being discharged “to the right place for them first time to best meet their needs”.

This could be people discharged to a care home when they could have been supported in their own home, somewhere a long way from their family or a home which did not have reablement services.

Directors estimated nearly a quarter (22%) of those discharged during the rapid discharge period did not go to the most appropriate setting for their needs.

It comes as the number of people needing help from social services has risen, which Adass said was due to the temporary closure of some services and “understandable” concerns from providers about accepting new people.

Almost a quarter of directors said that unmet needs in their area had increased by 1% to 5%.

Some 40% believe there are not sufficient mental health services in their area, while 30% believe this to be the case for local substance misuse services.

Mr Bullion said services need more Government funding “if we are not to face a tsunami of need and an imbalance of resources going forwards”.

There has also been a “concerning decline” reported by 35% of local authorities in people coming forward for help for domestic abuse and safeguarding issues.

The report said: “There is little reason to assume that these needs would have reduced in those areas, rather that people are more reluctant to approach councils, or issues are occurring within domestic settings.

“Ultimately it means that some people are not getting the help and support they need.”