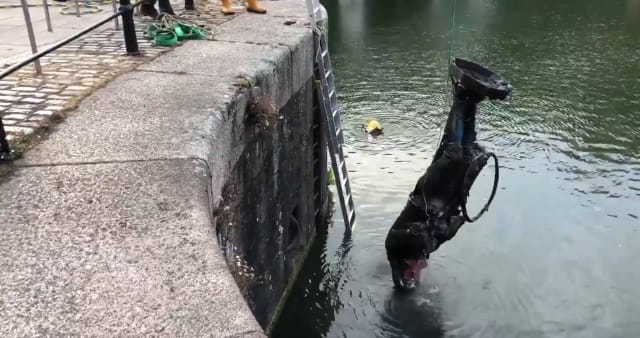 Labour leader Sir Keir Starmer has called for a broader curriculum to be introduced which better explains Britain’s role in the slave trade.

Sir Keir, during a Q&A on Thursday, reiterated his previous comments that the decision to forcibly remove slave trader Edward Colston’s statue was “wrong”, but argued that more education was needed about the part played by famous Britons in slavery.

During a Black Lives Matters protest in Bristol on Sunday, demonstrators toppled the statue of Mr Colston before sinking it into the city’s harbour, where it has since been recovered by Bristol City Council, with plans to place it in a museum.

The statue was pulled down amid worldwide protests triggered by the death of George Floyd, who died after a white police officer held him down by pressing his knee into his neck for almost nine minutes in Minneapolis on May 25.

Sir Keir was asked about what his party would do to develop a “relevant and appropriate curriculum” in the light of Mr Floyd’s death during a Call Keir online Q&A with people in Barnet, north London.

The former director of public prosecutions said there had been a “narrowing” of the school curriculum “over recent years”, and called for it be given a wider-scope, focusing on information beyond that needed to pass exams.

“While I think pulling down the Colston statute in Bristol in the way it was done was wrong, I do think that statue should have been brought down a long time ago.

“That was a man who made his money from trading people, a hundred thousand people from Africa to the Caribbean, including women and children, and he branded them on their chests with the initials of his company to show they were his property.

“So I would be in favour of broadening the curriculum.”

His comments come after a cross-party group of more than 30 politicians, led by Liberal Democrat leadership contender Layla Moran MP,  wrote to Education Secretary Gavin Williamson calling for a re-evaluation of the history syllabus in light of the global Black Lives Matter protests.

As pressure continues to mount on authorities to remove contentious monuments, Labour-led councils across England and Wales have agreed to work with their local communities to look at the “appropriateness” of certain monuments and statues on public land and council property.

And London Mayor Sadiq Khan has also announced a new commission to review the capital’s landmarks, with a statue of noted slaveholder Robert Milligan removed from outside the Museum of London Docklands this week.

Meanwhile, a website called “topple the racists” has compiled a list of around 60 statues and other memorials across the UK it argues should be taken down, because they “celebrate slavery and racism”.