Probation service to supervise offenders on licence and on community sentences 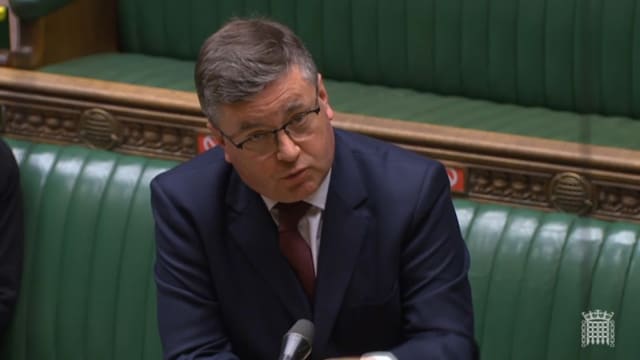 Supervision of all offenders on licence and serving community sentences in England and Wales will be renationalised after a part-privatisation of the probation system was dogged by controversy and criticism.

The public National Probation Service (NPS) will take over management of low and medium-risk cases, which are currently handled by private providers from June next year.

Under the existing system, high-risk individuals are supervised by the NPS, with all other work assigned to community rehabilitation companies (CRCs).

The Justice Secretary Robert Buckland confirmed the plans after the idea was announced in May last year.

Speaking in the Commons on Thursday, he said the Government must reassess its probation plans in light of the coronavirus pandemic.

He told MPs: “Now Covid-19 doesn’t change our ambition to cut crime, to keep the public safe and to tackle re-offending so that fewer people become victims of crime.

“Strong and reliable probation services are essential in realising that ambition.

“However, given the significant operational impact that Covid-19 has already had and the uncertainty it brings for the future, it is right that we reassess our plans.

“Protecting the public is my, and this Government’s, absolutely priority.

“For that reason, I believe it is essential that we continue to deliver changes to how offenders are supervised by June of next year as planned.

“However the disruption caused by Covid-19 makes delivery of other parts of our plans considerably more complex, and looking ahead, it is vital for public and judicial confidence that we have the flexibility to deliver a national response to any future challenges that Covid-19 presents.”

Probation services supervise more than a quarter of a million offenders in England and Wales, including inmates preparing to leave jail, ex-prisoners living in the community and people serving community or suspended sentences.

Under a programme known as Transforming Rehabilitation, 35 probation trusts were replaced in 2014 by the NPS and 21 privately-owned CRCs.

The overhaul, introduced under then justice secretary Chris Grayling, was designed to drive down re-offending.

But it has been heavily criticised by MPs and watchdogs.

Mr Buckland said the changes to the probation plans will give the legal sector “greater flexibility” to respond to uncertainty surrounding the pandemic.

He told MPs: “And for these reasons I am today setting out changes to streamline the reforms.

“Giving priority to unifying the management of offenders under a single organisation by June next year as planned, whilst giving us greater flexibility to respond to an uncertain picture across the criminal justice system and beyond.”

Mr Buckland said: “Under those revised plans, we will end the competitive process for probation delivery partners.

“The delivery of unpaid-work and behavioural-change programmes will be instead brought under control of the NPS (National Probation Service) alongside offender supervision when current CRC (Community Rehabilitation Company) contracts end in June of next year.

“This will give us a critical measure of control, resilience and flexibility with these services that we would not have had were they delivered under 12 contracts with a number of organisations.

“We can reassure the judiciary and the public that whatever lies ahead, offenders serving community sentences will be punished and make their reparation to society and that programmes to address their behaviour will be delivered.”