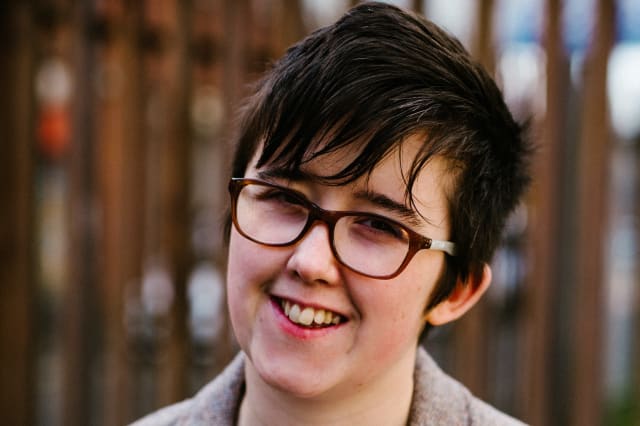 Investigators believe the weapon may have been stolen some time ago and used a number of times prior to her murder in Londonderry in April 2019.

The Hammerli X-Esse .22 pistol and a bomb were found during searches in the Ballymagroarty area of the city last week.

Police Service of Northern Ireland (PSNI) detective superintendent Jason Murphy said: "I can confirm that a gun that was seized and recovered by police last week in Derry was the gun that killed Lyra McKee."

Ms McKee was an observer during rioting in the city's Creggan area.

Mr Murphy said the shot which killed her was fired in the direction of officers.

He said senior members of the dissident republican group the New IRA were involved, adding: "For the IRA the net is tightening."

Search operations which recovered the weapon from a field within 250 yards of local housing took place over two days.

Police said it was a significant moment.

Mr Murphy added: "Last night, I had the unenviable task of telling Lyra's family and her partner Sara that after months of painstaking work, the gun that killed Lyra has been removed from the terrorists' control.

"Understandably they are relieved that no other family will ever have to face the devastation arising from the use of that gun, that they have been forced to face for the past 15 months.

"This is also a very difficult moment for all of them, as they struggle every day to deal with Lyra's brutal murder."

One man, Paul McIntyre, 52, from Kinnego Park in Derry, has been charged with Ms McKee's murder.

Mr Murphy said the weapon jammed as the gunman fired it and footage showed him trying to eject the rounds.

The detective said the most advanced DNA technology available was being used to examine whether the gunman may have left forensic traces within the weapon.

He said: "Our collective efforts have lost no energy or focus.

"I know who was involved. I know who the gunman is.

"I have asked the scientists to find me the evidence that will enable me to complete the jigsaw of the events of 18 April that I have been building for Lyra's family since the night she was murdered."