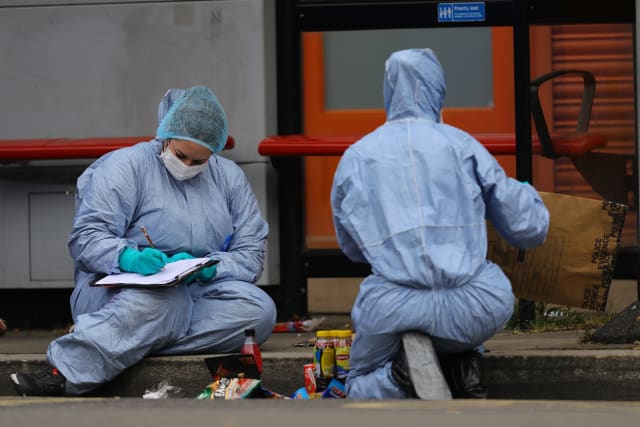 Scotland Yard have named the victim of a fatal street shooting in west London as 20-year-old Alexander Kareem.

Mr Kareem was gunned down on Askew Rd in Shepherds Bush at around 12.40am on Monday.

Despite the efforts of emergency services he was pronounced dead at the scene a short time later.

Police believe he had just been to a nearby convenience store and was walking in the direction of his home address when he was shot.

Witnesses said they heard someone screaming “help me, help me” in the wake of the shooting, as passers-by tried to give him CPR.

A police investigation into the attack is currently ongoing but no arrests have been made.

Detectives earlier released a CCTV still of a white Range Rover Evoque that was found burnt out three miles away in Ascott Avenue, Ealing.

Met Police Detective Chief Inspector Wayne Jolley said the vehicle is a key line of investigation and urged anyone who knows of its whereabouts leading up to this, or who may have been driving it, to contact police.

He said: “Alexander was just 20 years old when his life came to an end in such a tragic way.

“We are determined to bring those responsible for this unnecessary and terrifying violence to justice.

“We continue to appeal for witnesses who may have seen or heard what happened to come forward. The white Range Rover seen in the area and later found burned out is also a key part of the investigation.

“We send our heartfelt condolences to Alexander’s family at this time.”

Anyone with information is urged to call 101 quoting CAD 224/June 8.

Tips can also be provided anonymously via Crimestoppers on 0800 555 111 or online.