One in five people furloughed in parts of UK, figures show 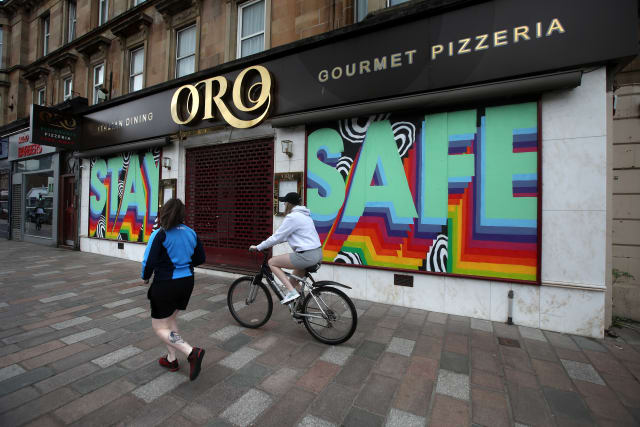 Nearly a fifth of people in some areas of the UK have been furloughed from their jobs, with the Government picking up most of their salaries.

Analysis of new data shows that 25,400 people have been furloughed in Tottenham, north London, meaning that just under 18% of people are picking up a Government-support pay cheque in the constituency.

Meanwhile Crawley, close to Gatwick Airport in West Sussex, is the worst-hit local authority by proportion of population. The figures show that 20,000 people, or 17.8% of the local population, including children and pensioners, have been furloughed there.

The Government launched its jobs retention scheme in March, allowing companies to send workers home, with the Treasury paying up to 80% of their salaries.

In England, 6.5 million jobs had been furloughed by May 31, dominated by London and the South East, at over one million each.

“Our unprecedented coronavirus support schemes are protecting millions of vital jobs and businesses across the whole of the United Kingdom – and will help ensure we recover from this outbreak as swiftly as possible,” Chancellor Rishi Sunak said.

“We have extended both schemes so they will continue to provide measured support across the UK as we start to reopen the economy.”

But the Government is soon set to ease the support for businesses using the furlough scheme to keep their employees on the books.

From August, businesses will be expected to contribute some of the 80% of their employees’ salaries that the Government is currently paying.

The Government data shows that around 1.1 million businesses have claimed cash to help support their staff.

Around 60% of the companies who have furloughed at least one worker have fewer than five employees. These firms have claimed a total of £2 billion for the close to one million employees they have furloughed.

At the other end of the spectrum, around 6,300 companies with more than 250 staff have furloughed 2.5 million people.

These bigger businesses have claimed a total of £4.9 billion to cover the salaries of their staff.

Wholesale and retail businesses were the worst hit, claiming £3.3 billion for 1.6 million workers.

The data comes two days after it was revealed that more than a million businesses have asked for a loan under three Government-backed Covid-19 support schemes.

Around £35 billion in Government-backed loans has been lent under the coronavirus business interruption loan scheme (CBILS), its counterpart for larger businesses, called CLBILS, and the bounce back loan scheme.