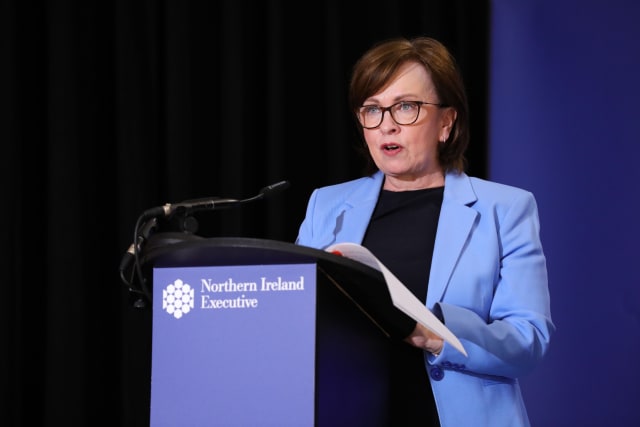 Shopping centres and all other retailers will be able to reopen in a significant relaxation of lockdown restrictions, Northern Ireland’s economy minister said.

Smaller traders with entrances from the street had already been due to lift their shutters on Friday.

Larger premises like home furniture giant Ikea have been trading with social distancing in place since June 1.

Diane Dodds said: “All of retail will be open.”

Stormont ministers met on Thursday to discuss the further easing of coronavirus restrictions which have emptied high streets and endangered the livelihoods of many.

The curbs have helped drive down the rate of spread of the virus significantly.

One further person with coronavirus has died, taking the death toll reported by the Department of Health on Thursday to 538.

Four new confirmed cases of the virus brought the total since the outbreak began to 4,822.

Mrs Dodds said the ministerial Executive needed to have an “open and honest” discussion about reducing social distancing to one metre.

Hospitality businesses have been pressing for the change to allow them to make the most of the remainder of this summer’s tourist season.

The rule has come under widespread scrutiny as states across Europe try to revive moribund economies and Mrs Dodds said restrictions varied from country to country.

With two metres, restaurants would be running at about 30% of capacity. At one metre it would be 75 or 80%, the minister said.

She added: “That gives them a decent chance of survival.

“It is something we in the Executive and the Assembly will have to have that open and honest discussion about.”

She briefed the Stormont Assembly’s ad-hoc committee on Covid-19 on Thursday.

The DUP minister said hospitality businesses may be able to use more open-air spaces like pavements to enable safe distancing.

She said it could help ensure the sector’s viability.

She acknowledged the industry had made an “enormous sacrifice” since it was closed down in March to curb spread of infection but she could not envisage the need for social distancing disappearing soon.

It said reducing social distancing to one metre could save thousands of jobs.

Chief executive Colin Neill is also pressing for permission to use adjoining footpaths and car parks to enable seating of greater numbers.

Mrs Dodds also said social distancing would have an impact on child care providers who would be able to accept fewer children.

She warned restoring the service was “hugely important” to allow people to go back to work and return society to some semblance of normality.

Remote workers could relocate to Barbados under new year-long visa