More than a fifth of usual household spending prevented by lockdown 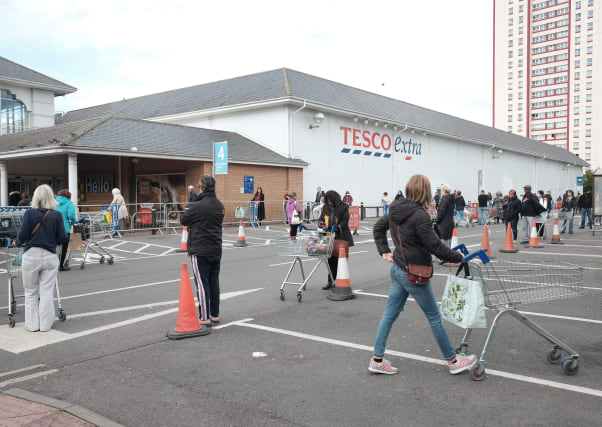 More than one fifth of usual household spending has been prevented during the lockdown – money which could instead potentially be saved or used to plug losses in income – according to analysis.

But younger households, renters and people living in London may find themselves particularly unlikely to have had spare cash left over to either save, use to plug income gaps or spend on something else, research from the Office for National Statistics (ONS) suggests.

In the financial year ending March 2019, UK households spent an average of £182 per week on activities that have since been largely prevented by Government guidelines – such as travel, holidays and meals out.

Across all households, more than half (53%) of usual spending covers essentials such as food and housing costs, the ONS said.

Younger households, renters and those living in London tend to see relatively high proportions of their income swallowed up by essential costs – with relatively little left over for goods and services that have been unavailable under lockdown.

This could limit their wriggle room to cut back their outgoings if their income was to shrink, perhaps due to a pay cut, being furloughed or a job loss.

Renting households typically spend 61% of their usual weekly budget on essentials, compared with 52% for households who own their home outright or with a mortgage.

Looking at different age groups, in homes where the householder is under 30, 58% of the weekly budget typically goes on essentials and 19% on goods and services that have been unavailable during lockdown, the ONS said.

Older households may have had more scope to save some money.

Among homes where the householder is 65 to 74 years old, 43% of the budget typically goes on essentials and 29% on activities that have been prevented.

But the ONS said the ability to cut back will depend on individual circumstances, as some older people will be in a vulnerable position financially, including a number of those who are living alone.

Sarah Coles, a personal finance analyst at Hargreaves Lansdown, said: “Younger people have borne the brunt of the Covid crunch.”

She added: “To make matters worse, they haven’t had as long to build up savings to fall back on. For many younger people, this has meant a huge struggle to make ends meet.”

Ms Coles continued: “For those who have faced an uphill battle during lockdown, it’s a timely reminder of how much difference it can make to have something set aside for emergencies.

“Nobody is pretending it’s easy to put money aside when you’re starting out in your adult life, but it’s worth doing whatever you can afford, as soon as you can afford to do so.”

The ONS defined spending that has been prevented during lockdown as goods and services which could not be purchased under measures introduced from March 23, such as the ability to buy alcohol in a pub.

It also included spending on items where purchasing has been more difficult, such as clothing, or strongly discouraged, such as public transport.

As restrictions ease, households will be able to resume spending on certain items and activities – if they can afford it and they want to do so.

Some recent surveys have suggested that households’ spending habits may have been permanently changed by the lockdown – perhaps fuelled by health or environmental concerns, economic uncertainty, or income shocks and reduced budgets.

Looking across the UK, London households appear particularly poorly equipped to cut back on spending, the ONS found.

Its figures show that in the capital, where house prices and rents are high, a typical household spends 58% of its weekly budget on essentials – the highest of any region or country of the UK.

At the same time, households in London spend proportionally the least on activities such as holidays and meals out that have been prohibited since lockdown (20%), potentially leaving them with limited room for manoeuvre.