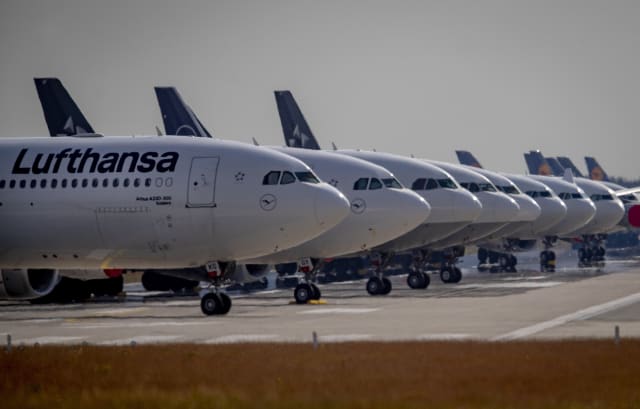 German airline Lufthansa has said 22,000 full-time jobs may need to be cut worldwide due to the drop in demand for flights caused by the coronavirus pandemic.

That is more than twice the number of jobs that the airline, which says it has more than 135,000 employees, previously said might need to be axed.

Lufthansa, which also owns Swiss, Austrian Airlines and Brussels Airlines, said it expects to have about 100 planes fewer in operation after the pandemic.

Shares in Lufthansa were down almost 8% on the Frankfurt exchange on Thursday.

In a statement on Wednesday, a union representing cabin crew, UFO, said its members were prepared to make concessions but expected job guarantees from the airline.

Lufthansa has agreed to a nine billion euro (£8 billion) bailout plan that would give a government stabilisation fund a 20% stake in the airline.

Existing shareholders need to approve the bailout at an extraordinary meeting on June 25.