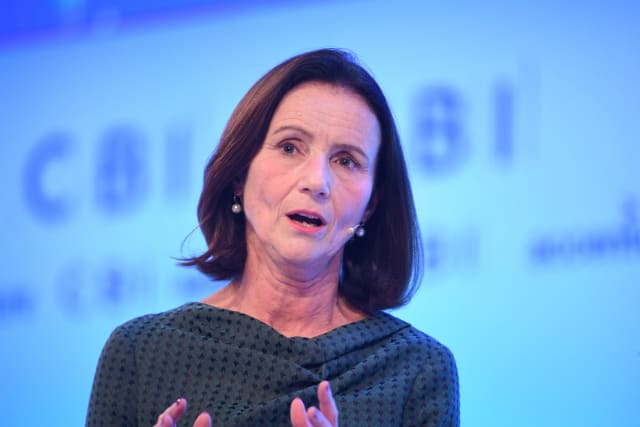 The outgoing leader of the CBI has warned that leaving the EU without a trade deal would be a “major block” to recovery from the coronavirus crisis.

Dame Carolyn Fairbairn, who leaves her post as director general later this year, said many businesses are fighting to survive as the impact of Covid-19 unfolds.

“A recovery plan that reaches all parts of the UK is essential. Every opportunity for growth must be seized, particularly to support young people and kick-start demand. A good deal with the EU would be a foundation stone of renewal.

“Walking away with no deal would be a major block to recovery. It would worsen inequalities, damaging regional and national growth.

“Many businesses are not – and cannot – prepare for the impact of a no-deal on top of what is happening.”

She said that as the Government has ruled out a Brexit extension, business has no choice but to plan on that basis.

She added: “But that means a deal is now the only acceptable option.

“It is both possible and essential. Political leaders across Europe have shown in recent months that what previously may have been thought of as impossible is not.

“They need to use that determination and leadership to find a route through in the talks.”

Dame Carolyn, who is stepping down in November, will be succeeded by Tony Danker, the current chief executive of Be The Business.

She had expected to complete her five-year term in September but agreed to extend her term, to see through the work of the CBI during the current crisis.