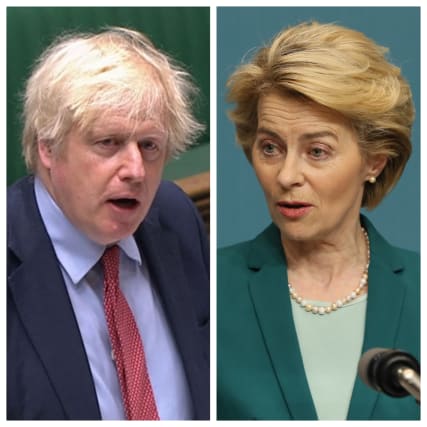 Boris Johnson will take part in a virtual summit with EU chief Ursula von der Leyen to try to break the deadlock in post-Brexit trade negotiations.

The Prime Minister and the European Commission president will take part in the “high level” talks on Monday after negotiators on both sides acknowledged a lack of progress.

They will be joined by European Council president Charles Michel and the president of the European Parliament, David-Maria Sassoli.

A spokesman for the UK Government said: “The high level meeting between the Prime Minister and President von der Leyen and President Michel will take place by video conference on the afternoon of Monday June 15.”

With the EU confirming Mr Sassoli’s presence, the details of the summit came after the fourth round of negotiations failed to reach a breakthrough last week.