'I will not be silenced': Priti Patel hits back at Labour MPs in major racism row 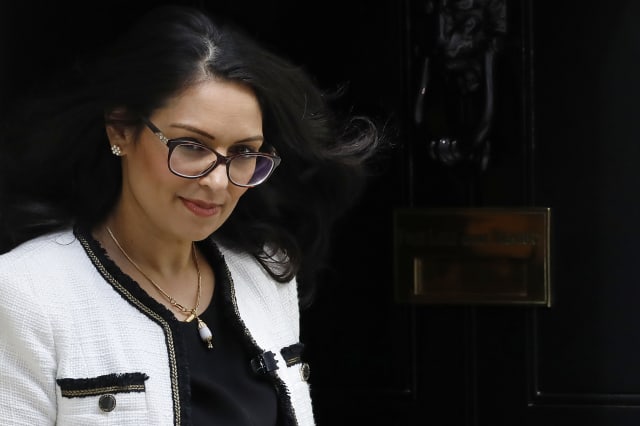 Priti Patel has said she "will not be silenced" after receiving a letter from Labour MPs accusing her of using her "experiences of racism" to silence "other minority communities".

A total of 33 opposition MPs signed the letter to the home secretary, accusing her of having used her own experiences of prejudice to "gaslight" the "very real racism" faced by black people in the UK – recently highlighted by the Black Lives Matter movement.

It comes after a Labour politician on Monday accused the home secretary of "using her identity as an Asian person" to "silence" black MP Florence Eshalomi.

Eshalomi had called for action from the government to tackle discrimination in light of continuing protests calling for racial equality – but Patel said she would "not take lectures" on prejudice during the Commons session.

The letter reads: "We write to you as black, Asian and ethnic minority Labour MPs to highlight our dismay at the way you used your heritage and experiences of racism to gaslight the very real racism faced by black people and communities across the UK.

"We all have our personal stories, of the racism we have faced, whether is has been defined by the colour of our skin or the faith we chose to believe in.

"Our shared experiences allow us to feel the pain that communities feel, when they face racism, they allow us to show solidarity towards a common cause; they do not allow us to define, silence or impede on the feelings that other minority groups may face.

"Being a person of colour does not automatically make you an authority on all forms of racism."

Sharing the letter on Twitter, Patel wrote: "Sad to have just received this letter.

"I will not be silenced by @UKLabour MPs who continue to dismiss the contributions of those who don't conform to their view of how ethnic minorities should behave."

During Monday's fiery clash in the Commons, Vauxhall MP Eshalomi asked if Patel understood the "anger and frustration felt by so many people" amid the Black Lives Matter movement and recognised "structural inequality, discrimination and racism in our country".

Speaking in the Commons, Patel pointed to racist abuse she has received, saying she had been called a racial slur and characterised in a Guardian cartoon as a "fat cow with a ring through its nose".

The Guardian told the Telegraph that it believed that her depiction was in relation to a news story at the time.

Tens of thousands of protesters have been taking part in Black Lives Matter demonstrations across the UK as part of the global movement, sparked by the death of George Floyd in the US.

Most have been peaceful but Patel has been vocal about people who clashed with police and tore down a statue of a slave trader in Bristol.