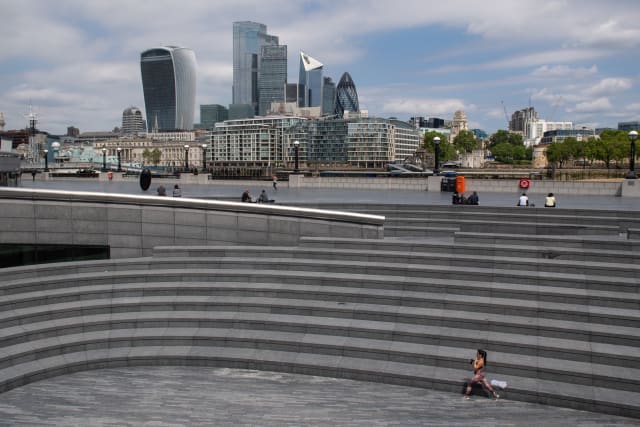 Worries about catching coronavirus are staying low despite the relaxation of lockdown restrictions, new data suggests.

Researchers say there has been a steady decline across the UK in concerns about Covid-19 during the lockdown.

The figures suggest that at the beginning of the restrictions half of adults were worried about catching the virus and becoming seriously ill.

But now just 35% are worried and only 15% are seriously worried, according to the ongoing study of more than 90,000 adults carried out by University College London (UCL) since the start of the pandemic.

The study shows that worries about catching the virus and becoming seriously ill are similar across age groups, even though younger adults are at lower risk of serious complications from the virus.

Worries are also higher in people with lower household incomes and people diagnosed with a mental health condition, the research suggests.

The figures also indicate that levels of depression and anxiety continue to fall and were lower in the past week than in the previous 12 weeks of lockdown.

However, they were still above usually reported averages.

Lead author Dr Daisy Fancourt, of UCL epidemiology and health care, said: “These data suggest that most people are not very worried about catching Covid-19, even though they are now leaving their homes more.

“But whilst these worries are still much lower than they were at the beginning of the lockdown, catching the virus is still a bigger stressor amongst those surveyed than finance, potential unemployment, or worries about access to food.

“Whilst younger people are less at risk from the virus, it’s possible that their worries stem from fears of spreading the virus to others who are older or more vulnerable.”

Respondents were also asked how much confidence they had in their government’s handling of the Covid-19 epidemic from one (not at all) to seven (lots).

According to the study, the difference in confidence between the governments of the devolved nations and the UK Government continues to grow.

English confidence is currently under 3.5, whilst remaining steady at around 5 for Scotland and 4.5 for Wales and Northern Ireland.

The figures suggest happiness levels have shown some modest improvement since lockdown easing began on May 11 in England, but remain fairly similar across the past eight weeks.

Levels of complete compliance with lockdown measures have fallen further, with a greater decrease and lower levels in people with higher household incomes, people in England (compared to Scotland or Wales), and people in cities.

However, the data suggests majority compliance remains relatively steady, with around 90% of people surveyed still showing a large degree of compliance with the rules.