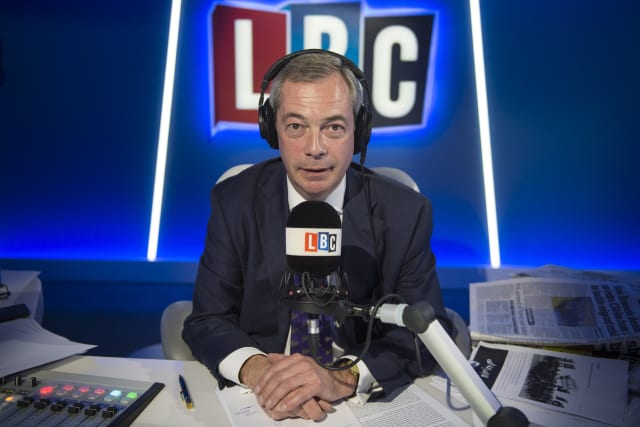 Nigel Farage has left LBC with “immediate effect”, the broadcaster has said.

The former Ukip and Brexit Party leader had been a regular presenter on the station.

In a statement, the broadcaster said: “Nigel Farage’s contract with LBC is up very shortly and, following discussions with him, Nigel is stepping down from LBC with immediate effect.

“We thank Nigel for the enormous contribution he has made to LBC and wish him well.”

Mr Farage has often courted controversy as a presenter and a politician.

But his friendship with Donald Trump helped secure the station an interview with the US president in October last year.