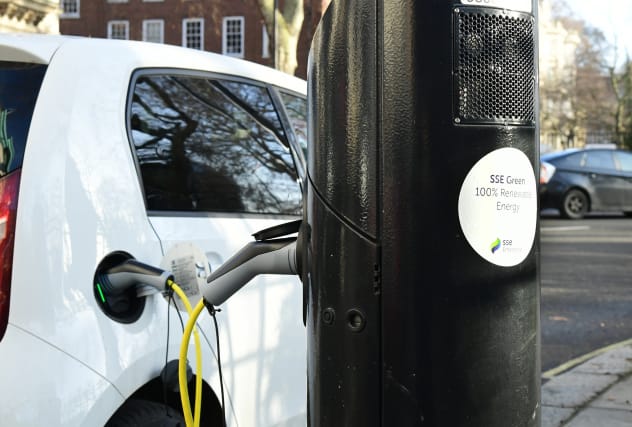 A surge in electric vehicle charging device installations means they now outnumber petrol stations by more than two to one.

This compares to around 8,000 petrol stations.

AA president Edmund King said the figures “should give confidence to drivers that they will be able to get home in an electric car”.

He went on: “One of the myths we urgently need to clear up is a perceived lack in charging points.

“However, if drivers feel they cannot find a charge point then more needs to be done.”

Mr King called for improved signage to help charging devices stand out, and more help for people who want to charge their car at home but do not have a dedicated off-street parking space.

He believes councils and businesses will be further encouraged to install charging infrastructure if more motorists are persuaded to switch to electric cars.

This could be done by incentives such as cutting VAT from lower emission vehicles or a targeted scrappage scheme, he suggested.

The Daily Telegraph reported earlier this week that Boris Johnson is considering launching plans to give drivers up to £6,000 to exchange their petrol or diesel car for an electric model.

The DfT analysis, which was based on data provided by online charging point platform Zap-Map, highlighted the “uneven geographical distribution” of charging devices.

It stated that some local authorities have failed to bid for Government funding to help cover installation costs.

The regions with the fewest devices per population include the North West, Yorkshire and the Humber, the Midlands, East Anglia, Wales and Northern Ireland.

A charging device is a unit capable of charging the batteries of one or more plug-in electric vehicles simultaneously.

There is often more than one device at a location.

Transport Secretary Grant Shapps has said a ban on sales of new petrol, diesel and hybrid cars and vans could be brought forward from 2040 to as early as 2032 in a bid to meet carbon reduction targets.

This sparked criticism from the automotive sector, which claimed it would take more than industry investment to achieve such a timetable.