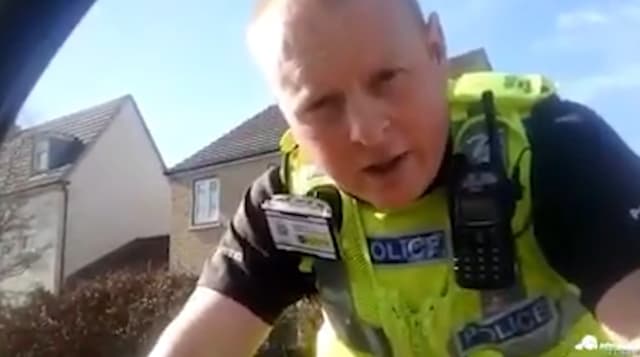 A driver who videoed a police officer telling him he was pulled over because he was black has asked for an apology.

In the video, taken in Ely in 2015 but posted on social media for the first time last week, an unidentified officer says “we don’t get many young black males in this area”.

He tells the driver “no offence to you, but you’re a black male, I’m not going to lie to you”, saying that he stopped him because he did not recognise him.

When the driver suggests he has been stopped because he is black, the officer responds: “Yes, but not because I’m racist, but because in this area we have a number of people that come up to this area that are young black males that deal drugs.”

The incident has been referred to the Independent Office for Police Conduct.

The man, who spoke on condition of anonymity, told the PA news agency he was “shocked” when the incident happened and “didn’t know what to think”.

“And I wouldn’t like him to lose his job but he definitely needs to undergo some sort of training.”

He said he was worried that if he posted the video at the time there would be “repercussions”, but felt compelled to make it public now in the wake of the protests following the death in police custody in the United States of George Floyd.

“I know what’s going on, I understand how people are feeling,” he said. “I can actually prove that the police here are the same even though they’re denying it.

“I thought, actually I’ve got the proof, so I thought now would be a good time to post it.”

In a statement released by Cambridgeshire Constabulary, Chief Constable Nick Dean said he could “understand why such a video clip would be concerning, especially with the current events surrounding the death of George Floyd”.

He added: “I want to be clear that it was filmed in Ely more than five years ago and we do not believe that any formal complaint was ever received in relation to the officer’s actions.”

The man who took the video was unimpressed with the statement.

He said: “It doesn’t matter when it happened – if it happened 10 years ago, it still doesn’t make it right. It still has to be dealt with.

“Also, there was no apology. Nothing whatsoever. There wasn’t even anything saying that what happened was wrong.

He added that the incident had left him worried every time he sees a police officer.

“I look in the mirror every single second because I’ve just seen a police car drive past – are they coming back? It’s crazy. It’s absolutely crazy.

“The paranoia that it’s given me from that is just absolutely crazy.”