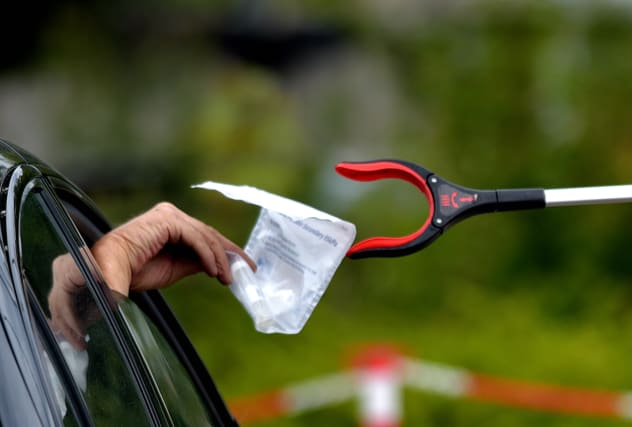 The NHS Test and Trace programme is not yet “gold standard”, its head admitted as figures showed a third of people who tested positive for coronavirus could not be reached by officials.

Some 8,117 people who tested positive for Covid-19 in England had their case transferred to the NHS system, of whom 5,407 (67%) were reached, while 2,710 (33%) were not reached or failed to provide information about their contacts.

Of the 15%, some were not reached, others said they were already taking action independently of the system and some simply refused to comply.

Baroness Harding, the head of the programme, admitted improvements were needed but said the system was “fit for purpose”.

The figures, from the Department of Health and Social Care, cover the period May 28 to June 3.

“We are not at the gold standard yet that we want to be, of isolating all contacts within 48 hours of someone requesting a test,” Lady Harding said.

“But you can absolutely see the path of how we are going to get there.”

She said the system had been “stood up in extraordinary time” and would get better through the summer.

“Is it completely perfect? No, of course it isn’t. Is there stuff that we all need to do better? Yes there is.”

Baroness Harding said the “vast majority” of people wanted to play their part in the test and trace system.

But she was unable to say how many people contacted and told to self-isolate had refused to comply with the request.

“This is not a mandatory process,” she told reporters.

“I am a really firm believer in the good spirit and civic behaviour of the public and we have seen the public be extremely responsive and supportive.

“These are very good numbers for compliance and we want to encourage people to be part of the system rather than have them be fearful about what might happen to them as they go through it.”

She was unable to give a date for the launch of the app which will form part of the test and trace programme she leads.

The app “is the cherry on the cake, it’s not the cake itself and what you are seeing today is the first baking of the cake is going reasonably well”, she said.

The programme said the number of people reached includes those who provided details about recent contacts or whose cases have been investigated as part of an outbreak.

The number that were not reached includes those where contact details were unavailable or incorrect, or where there has been no response to text, email and call reminders.

It also includes people who the service has been able to contact but who have not provided information about contacts.

This also includes people whose cases are currently being managed as part of active outbreak investigations.

Of those people who were reached and asked to provide information about their contacts, just over three-quarters (79%) were contacted within 24 hours of their case being transferred to the Test and Trace system.