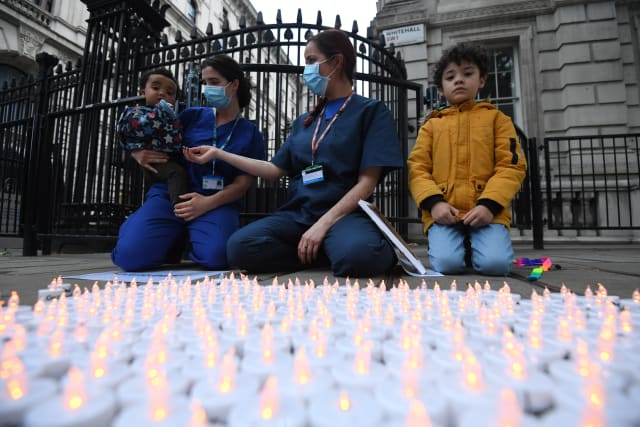 A report with advice for Government on how to protect BAME communities from coronavirus has not been published, academics have said.

The already-written safeguarding proposals are a separate document to the review published last week showing that Covid-19 kills disproportionately high numbers of people from ethnic minorities.

Public Health England (PHE) said the recommendations will be published next week when submitted to ministers, and according to Channel 4 News, the report raises concerns of structural racism within the NHS.

The programme said that among the document’s recommendations will be more research into the social, cultural, structural and other determinants of the spread of the virus among the BAME community, a “culturally competent” risk assessment tool and education and prevention campaigns.

The new report is credited to Professor Kevin Fenton, who PHE said would lead the review into the impact of Covid-19 on ethnic minorities when it was announced on May 4.

But when the review was published last week, the organisation said Prof Fenton only “contributed” to the document.

It is unclear whether the information was intended to be released in two reports.

The PA news agency has verified the deaths of 166 frontline UK healthcare workers with Covid-19 since the start of March this year.

A scientist who had been asked to peer-review the as yet unpublished recommendations file told the BBC that Parliament had “not been told the full truth”.

Professor Raj Bhopal from the University of Edinburgh described the report – titled Beyond the Data: Understanding the Impact of Covid-19 on Black, Asian and Minority Ethnic (BAME) Communities – as an “open secret” and had “every hallmark of a [Government] report ready to go to the press”.

He added: “If you consult the public, you must publish the results.

A former leader of the British Medical Association, the doctors’ union, branded the incident “a total shambles” and said more BAME health workers could die unless the report’s recommendations were quickly published and acted on.

Dr Khailash Chand, former deputy chairman of the BMA, told Channel 4 News: “The truth is coronavirus is not racist but it has definitely exposed structural and systematic racism in the NHS.

“We have been asking and pleading to the Government to look into it and sort this racism out once and for all.”

The earlier findings from Public Health England (PHE) said that people of Bangladeshi heritage were dying at around twice the rate of white Britons.

It also found that other minority ethnic groups were at up to 50% higher risk of dying, but the document was criticised for not including any safeguarding measures.

PHE said in a statement: “The Government commissioned PHE to conduct an epidemiological review to analyse how different factors can impact on people’s health outcomes from Covid-19. This was published in full on the 2nd June.

“In parallel, Professor Kevin Fenton, on PHE’s behalf, engaged with a significant number of individuals and organisations within the BAME community, to hear their views, concerns and ideas about the impact of Covid-19 on their communities.”

Labour has called the incident a “scandal” and “yet another in a litany of failures to support BAME communities during Covid-19″.

Marsha De Cordova, Labour’s shadow women and equalities secretary, added: “The Government must now urgently publish these recommendations in full and provide an explanation for its lack of transparency on this review. Black Lives Matter is more than just a slogan, we cannot wait any longer for action to tackle racial injustice.”