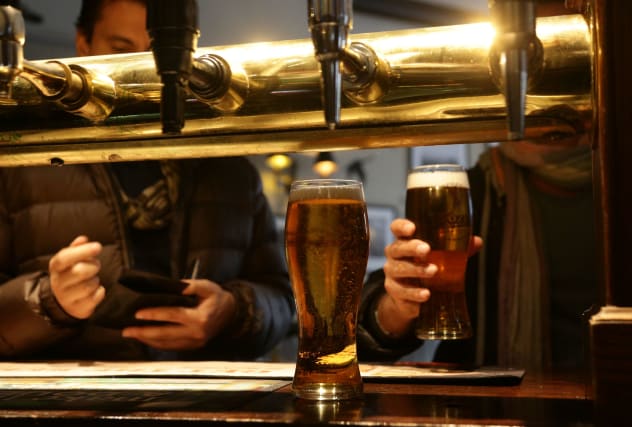 Beer sales have slumped to the lowest level on record, sparking fresh calls for Government help to “get Britain brewing again”.

Around 1.5 billion pints were sold in the first quarter of the year, the lowest since records began 20 years ago.

The British Beer & Pub Association (BBPA) said the fall was entirely down to less beer being sold in pubs and bars, even though the figures only cover the start of the economic lockdown.

The trade association called on the Government to give the sector a “definitive pathway” to reopening from July 4, adding that pubs will need a minimum of three weeks’ notice to allow them time to make preparations.

It means that the Government would need to confirm by June 13 at the latest that pubs will reopen next month.

Emma McClarkin, chief executive of the BBPA, said: “These stark figures reveal how the lockdown is having a devastating impact on our world-class breweries and pubs.

“The cliff-edge impact on our sector, when people were told to stop going to the pub and then when they were shut down, is clear to see.

“Pubs saw a 16.4% drop in beer sales alone for the quarter, driven solely by the sudden closure of pubs and impact of two weeks of zero sales.”