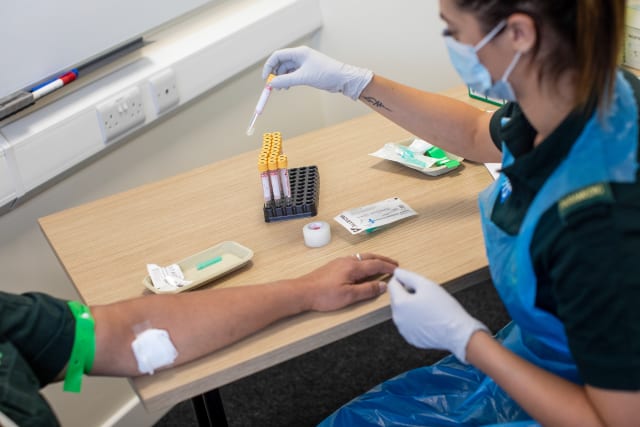 There is not enough data on immunity for the mass roll-out of antibody tests to the public, the head of the NHS Test and Trace programme has suggested.

Appearing at the Downing Street press briefing on Thursday, Baroness Dido Harding was asked when antibody tests would start being made widely available to the public.

She said there was still work to be done on whether having Covid-19 antibodies helped fight off the illness, stating that a limitation of the antibody test was that it only told a person whether they had had the virus or not.

“I know we all want it to be true that if we have antibodies it will then mean we are free to do things others are not,” she said.

“But at the moment … if we have an antibody test, what it tells you is that you have antibodies.

“Over time, we would expect that we will build up the evidence to demonstrate what proportional level of antibodies you need to actually have immunity and for how long you would have immunity.

“But at the moment, the science isn’t there.”

Baroness Harding said the roll-out of tests to the public “will come in time”, as more scientific data was gathered from antibody testing in health and care settings.

Meanwhile, the Health Secretary Matt Hancock said as many as 80% of people who tested positive for coronavirus during a testing study had not displayed any symptoms, according to analysis by the Office for National Statistics (ONS).

He said test and tracing was part of the solution, as isolating those who tested positive for the virus would “break the chain of transmission”.