Zara tells of her love of the pressure of competing 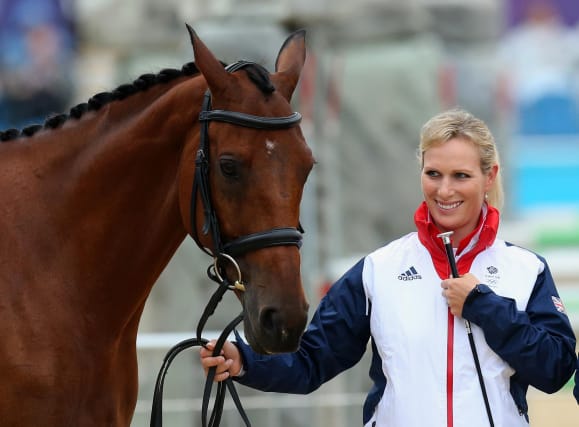 Zara Tindall has described how riding for her country is what “dreams are made of” and how she is lucky to have her horses with her in lockdown.

The silver Olympic medal-winning equestrian, who lives on the Gatcombe Park estate in Gloucestershire, is preparing to work towards her goal of representing Team GB for a second time, with the race for a place starting again next year.

She told a royal special edition of Horse & Hound magazine she enjoyed the pressure of competing.

The Queen’s granddaughter was considered a long shot for Tokyo 2020 which has been postponed, but she is pinning her hopes on Class Affair as a team horse in the near future.

“I love riding for my country; those have been the best experiences of my career,” Tindall said.

“To get your horse to that level is what it’s all about and what we all strive for.

“I love the big occasion because I love the pressure – sitting on a horse that you know is good enough, you are fully prepared, riding for your country, it’s what your dreams are made of.”

Tindall won a team silver at the London 2012 and was presented with her medal by her mother the Princess Royal.

She was crowned world eventing champion in Germany in 2006.

Tindall spoke of not being able to compete at Badminton which was cancelled because of the pandemic.

“Having horses like Class Affair and Watkins to aim at Badminton was exciting and gave everything a focus; now those goals aren’t there, it’s quite weird and you have to deal with the disappointment,” she said.

But she added: “Those of us who have been able to spend time with our horses during lockdown are so lucky – a lot of people haven’t and that’s incredibly tough for them.”