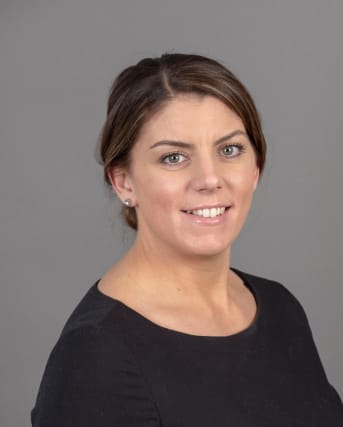 The harbour master of a Scottish ports operator has been appointed president of the industry’s oldest and largest professional body.

Ashley Nicholson becomes the first woman to hold the title at the UK Harbour Masters’ Association (UKHMA), as well as the youngest certificated harbour master to hold the role.

From Wednesday, she will serve as president for two years and succeed outgoing president Julian Seaman, who is the harbour master and marine director at Shoreham Port.

Ms Nicholson said: “I am honoured to hold the title of president of the UKHMA and I will strive to continue the excellent work of my predecessors in representing the harbour masters of the UK and encourage and grow the association whilst continuing to provide a valuable return to the harbour mastering community.”

Forth Ports operates an area of 280 square miles of navigable waters around the Firths of Forth and Tay including eight commercial ports, as well as Tilbury on the Thames in London.

She has worked for the firm for nearly 12 years and in 2017 was made senior harbour master at Grangemouth port.

Ms Nicholson has also received a number of awards including one for the role she played in managing the marine operations during the construction of the new Queensferry Crossing, and the Women in Industry award at the Centre for Engineering Education and Development Industry Awards 2020.

Martin Willis, UKHMA executive officer, said: “On behalf of Julian Seaman, the outgoing association president and the full membership of the UKHMA, we welcome Ashley as the newly elected president of the association and wish her all success in the role.

“Ashley has been appointed by her industry peers entirely on merit and richly deserves the honour to lead our highly regarded professional organisation and shall undertake the role as the lead representative of the association with great confidence, assurance and the full support of all members of the UK Harbour Masters’ Association during the term of her presidency.”