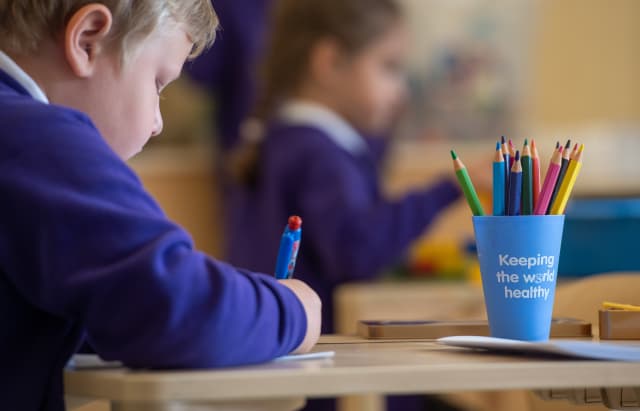 Pupils in Wales could face being taught in small groups, spend more lesson time outside and eat their lunch at their desks.

The Welsh Government has published its guidance for schools on how they should reopen to students on June 29.

Around one-third of pupils will be allowed to attend at any one time and they should expect to spend around three days at school during the four-week term before the summer break.

The guidance also includes recommendations on social distancing and getting to and from school safely.

Some teaching unions have expressed concern that there is not enough time to prepare for the phased reopening, while others have welcomed the new guidance.

Education minister Kirsty Williams said: “We know that such a long period away from school, friends and the classroom will have a detrimental impact on the well-being and learning of many young people.

“That is why we have taken the decision that the majority of learners will be able to check in, catch up, and prepare for the summer and September.

“Striking a balance between providing national public health guidance and enabling local flexibility has been critical in the development of this guidance.

“I am grateful to the headteachers, staff, unions and parents who have already been sharing their plans and proposals.

“We are working together to ensure that this opportunity is available to the vast majority of pupils and parents in a safe, structured and sensible way.

“Working together, we will secure equity and excellence for learners as they check in, catch up and prepare for the summer and September.”

The guidance recognises that in primary schools it is not “practicable” to expect pupils to maintain “consistent social distancing” of two metres but that staff should seek to ensure “some distancing”.

It suggests that in primary schools, staff may wish to consider allowing consistent groups of no more than eight to mix.

For secondary school age children, staff should ensure social distancing of two metres and when indoors, pupils should avoid moving from room to room.

Rosie Lewis, from Unison Wales, said: “Schools only have two-and-a-half weeks to digest this operational guidance and put plans in place to ensure the safety and well-being of the workforce and pupils across Wales, and we are far from convinced this is long enough.

“Frankly, we should never have been in a position where a date for schools opening was announced ahead of the guidance being published.

“You only need to look across the border to England to see how challenging the opening of schools has been and the complexities involved.”

David Evans, Wales Secretary for the National Education Union Cymru, added: “It is well known we would have preferred September for wider opening.

“There is a lot of logistical issues to sort out before the wider opening, and we will be writing to our members with guidance too.”