Oliver Dowden: I would not have removed Little Britain from iPlayer 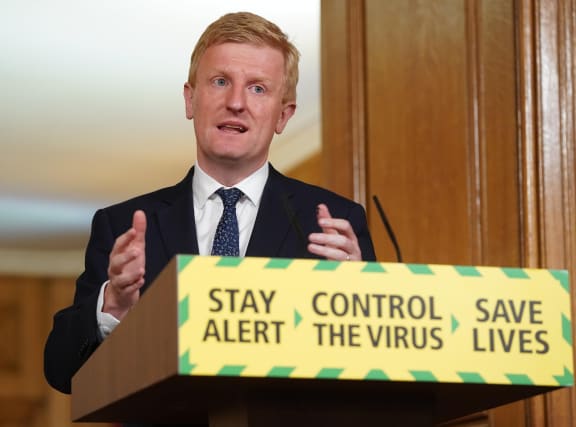 Culture Secretary Oliver Dowden has said he would not have chosen to remove Little Britain from the iPlayer, but that the BBC has a right to editorial independence.

It was removed from the iPlayer, Netflix and BritBox in the wake of Black Lives Matter protests around the world, following the death of unarmed black man George Floyd in the US.

Speaking on ITV’s Peston, Mr Dowden said he did not want to second-guess the broadcaster but “wouldn’t personally be inclined” to remove the show.

He said: “I’m somewhat reluctant as the culture secretary to start second-guessing decisions that are made by creatives in the BBC or elsewhere.

“My focus as a minister is ensuring that we have opportunities for everyone, including people from black and minority ethnic backgrounds, too many of whom have not had those opportunities…

“I wouldn’t personally be inclined to do it, but that’s up to individual broadcasters.”

Host Robert Peston asked: “So just to be clear, if it was your choice you wouldn’t have taken it down but you feel the BBC have got to have the right to do whatever they want?”

Mr Dowden replied: “The BBC have editorial independence, and it wouldn’t have been my choice but that’s up to the BBC. I’m not going to second-guess them all the time.”

He said: “First of all, that has saved thousands of jobs and has involved tens of millions of pounds of support for the theatres.

“We’ve extended that ’til October, of course we are aware that they can’t open at the moment and we are continuing to work with this.

“I’m constantly meeting with everyone from playwrights to directors to Arts Council England, working out how we can support them through the next phase.”