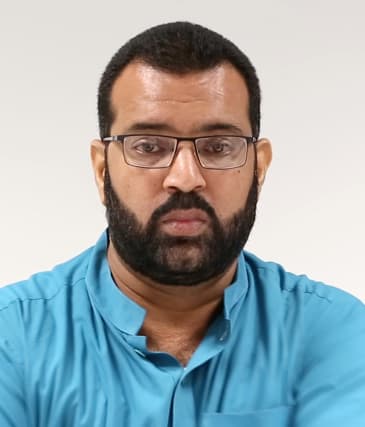 A murderer serving a life sentence for the deaths of five children and three adults in a house fire will have his minimum jail term reviewed by the Court of Appeal.

Eight members of the Chishti family died when Shahid Mohammed, 37, carried out the attack with other men following a long-running and bitter family dispute.

The victims were asleep in their home on Osborne Road, Birkby, Huddersfield, when petrol bombs were thrown inside the property, with petrol also being poured through the letterbox and ignited, in May 2002.

Mohammed, who was 19 at the time, was investigated by the police for his role in setting the fire, but while others stood trial in 2003 he instead skipped bail and fled to Pakistan.

After more than a decade on the run, he was extradited back to the UK in 2018.

He was jailed for at least 23 years at Leeds Crown Court in August last year after being found guilty of eight counts of murder and one of conspiracy to commit arson with intent to endanger life.

His sentence will be reviewed by three senior judges at a hearing on Thursday, after it was referred to the Court of Appeal by the Attorney General’s Office (AGO) under the unduly lenient sentencing scheme.

During a four-week trial at Leeds Crown Court jurors were told that, in the lead-up to the fire, Mohammed had taken against Saud Pervez, the boyfriend of his sister, Shahida.

Prosecutors said that Mohammed Ateeq-Ur-Rehman, one of those who died in the fire, was the likely target of the arson attack as he had played an “active part” in maintaining the relationship.

Zaib-Un-Nisa, 54, the children’s grandmother and mother of Ms Aziz and Ateeq, died in hospital after jumping out of a window in a bid to escape the flames during the attack, which took place on May 12 2002.

He said: “Those left behind to grieve will never come to terms with their loss. Words cannot express the depth of their pain and distress.”

The judge said that, had Mohammed not fled to Pakistan, he would have given the family closure and prevented them from waiting more than a decade for justice to be done.

One surviving member of the family, Siddiqah Aziz, told jurors how she managed to save her father, Abdul Chishti, from the fire but was prevented from coming to the aid of other family members when she was met by a wall of flames.

Prosecutors said those who were upstairs were “overwhelmingly likely to be trapped” by the fire that rapidly developed once the petrol had been ignited.

A year after the killings, three men were convicted over their involvement, with Shaied Iqbal being found guilty of eight counts of murder, while Shakiel Shazad and Nazar Hussain were convicted of manslaughter.

The hearing on Wednesday, before Lord Justice Holroyde and two other judges, is due to begin around 12 noon.