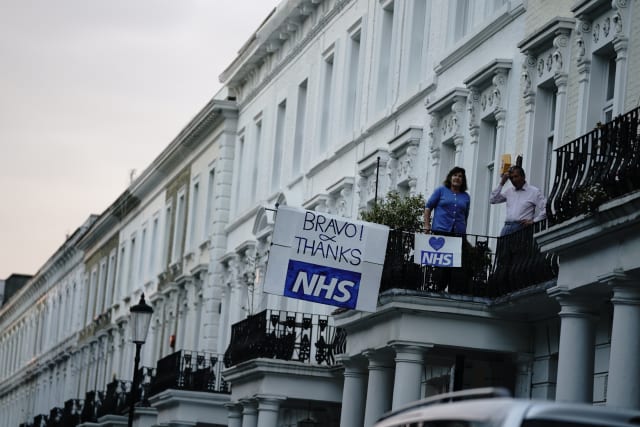 Homes with balconies or gardens or which are located near parks are set to become more in-demand over the next couple of years, a survey of property professionals suggests.

The Royal Institution of Chartered Surveyors (Rics) asked professionals for their views, based on speaking to buyers, about potential shifts in how desirable certain types of property will be in the next couple of years, in light of the coronavirus pandemic.

More than four-fifths (81%) of those surveyed across the UK believe there will be an increased desire for properties with gardens or balconies.

Nearly three-quarters (74%) predict an increase in demand for homes near green spaces, such as parks, and just over two-thirds (68%) think properties with more private space and fewer communal areas will be more desirable.

At the other end of the spectrum, 78% think there will be a fall in the appeal of tower blocks and 58% believe properties in urban areas which are very built up will be less appealing.

The majority expect no change in the desirability of homes near transport hubs, such as train stations and bus stops.

Simon Rubinsohn, Rics chief economist, said: “There are already signs that those looking to buy a house are responding to the conditions created by the pandemic by seeking out properties with gardens or balconies and nearer green space.

“These and other similar features are likely to increasingly command a premium over higher density urban locations according to respondents to the survey.”

Rics’s survey for May also found that a net balance of 5% of surveyors reported buyer inquiries falling rather than increasing.

This was an improvement compared with April, when a record low net balance of 94% of surveyors reported buyer inquiries dropping off.

The reopening of England’s housing market in May helped to improve buyer inquiry levels.

Across the survey, 35% of surveyors reported newly agreed sales falling rather than increasing in May.

But Rics said it is important to highlight that there were no meaningful changes in housing market activity on its measures in Scotland, Northern Ireland and Wales, where restrictions on estate agents were not removed in May.

House prices sunk deeper into negative territory in May, with nearly a third (32%) of surveyors reporting prices decreasing rather than increasing over the previous three months. It was the weakest reading on this measure going back to 2010.

Looking ahead, a balance of 16% of surveyors expect house prices to fall rather than increase over the year ahead.

Mr Rubinson added: “Following the reopening of the housing market in England, pre-Covid sales that were in the pipeline are now largely going through.

“This is encouraging but it remains to be seen how sustained this improvement will prove.

“Much will inevitably depend on the macro environment and, in particular, the resilience of the jobs market as the furlough scheme unwinds. For the time being respondents to the survey see the trend in transactions being broadly flat.”