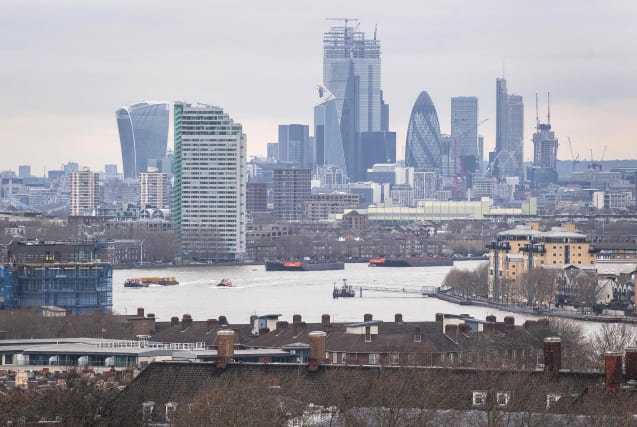 A subdued trading session saw the major markets close in the red as the latest set of economic forecasts predicting a significant coronavirus hit weighed on cautious traders.

Traders swallowed the Organisation for Economic Co-operation and Development’s (OECD) pessimistic outlook – which predicted a 6% global economic contraction – as they waited for the latest update from the US Federal Reserve.

David Madden, market analyst at CMC Markets UK, said: “It has been a quiet trading session as dealers are content to sit on their hands and wait for the Fed rate decision at 7pm.

“Volatility has been low as many traders are playing the wait and see game.”

Earlier on Wednesday, the OECD warned that the world economy could shrink by 7.2% should there be a second wave of infections.

Mr Madden added: “The pessimistic outlook has weighed on market sentiment as the major indices are set to finish in the red.”

The major European markets were all impacted by the wave of pessimism from economists, continuing this week’s decline.

Across the Atlantic, the Dow Jones dipped as trading sentiment wilted amid a cautious mood ahead of the Fed’s update.

Meanwhile, sterling moved marginally higher as it benefited from weakness in the dollar.

Aerospace and travel firms once again tumbled lower as concerns over the loosening of current restrictions weighed on investors.

In company news, Just Eat Takeaway led the fallers in the FTSE 100 after the food delivery business confirmed it was closing in on a move to merge with US rival Grubhub.

Fashion chain Quiz saw shares improve after it said it is placing the division that runs its 82 standalone stores into administration as part of a restructure.

It said the move, that will help to slash its rent bill, will result in 11 permanent store closures and 93 job losses.

Elsewhere, landlord Shaftesbury saw shares slip after it tumbled to a loss as it said the valuation of its property dropped by more than £300 million.

The London-based property owner said it faces a pre-tax loss of £287.6 million in the six months ending March 31. Shares fell by 33p to 615p.

The price of oil bounced back into positive territory after the latest EIA announcement reported that oil stockpiles jumped by 5.7 million barrels.