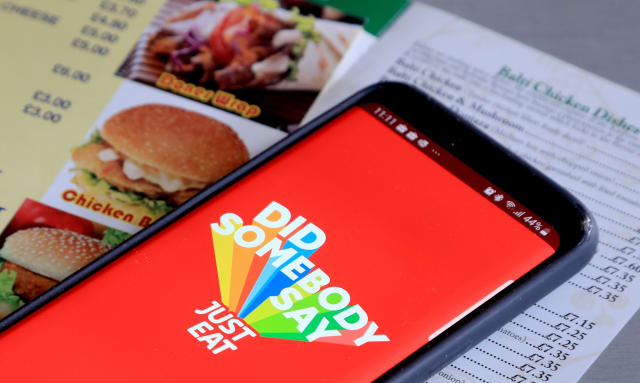 The company behind takeaway brand Just Eat is close to a deal to merge with food delivery service Grubhub, beating off competition from Uber.

Just Eat Takeaway.com said it is in “advanced discussions” over a deal that would create one of the world’s biggest takeaway giants.

It promised further information “when appropriate”.

Reports had emerged in recent days that Grubhub was also receiving interest from Just Eat Takeaway and Delivery Hero.

Uber’s shares dropped by around 5% in the US following Just Eat’s announcement.

The deal looks set to come just months after Takeaway.com sealed a £6.2 billion deal to buy Just Eat, after a long and bitter takeover battle.

The UK’s competition watchdog, the Competition and Markets Authority (CMA), gave the move the green light in April.

It said its investigation found there was “not a material likelihood” that Takeaway.com would have re-entered the UK in the future as a result of the deal, dampening potential competition concerns.

In April, a multimillion-pound investment in rival Deliveroo by Amazon was also provisionally cleared by the competition watchdog.